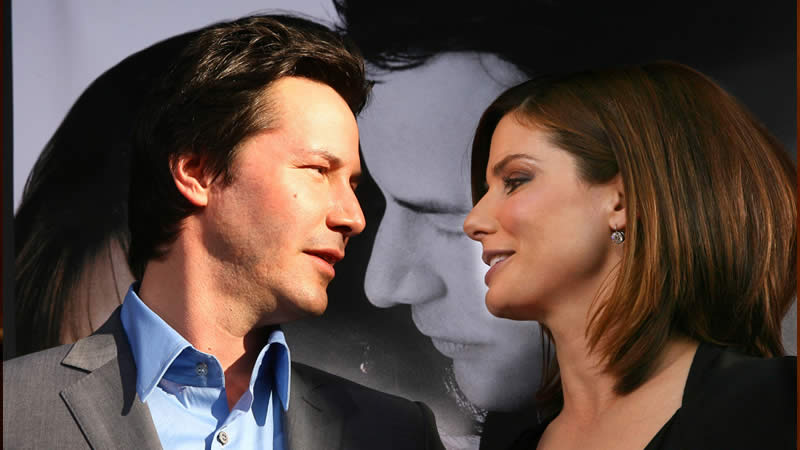 Bullock was recently asked by Esquire magazine if the pair ever dated, to which she simply replied, “Nope.”

“But who knows?” she quickly added. “Keanu’s a guy who, I feel like, is friends with every woman he’s ever dated. I don’t think there’s anyone who has something horrible to say about him. So maybe we could have survived. I don’t know.”

She continued: “But we didn’t have to survive anything. We just get to grow up together on parallel roads and tip our hats and meet for a dinner and try to work together. And the longer time goes on, the more in awe I am of the human being. Would I have been able to say that if he had dumped me and made me angry? Probably not.”

Reeves’ sweet gestures were not affected by the fact that he was not in a romantic relationship with Bullock.
According to the outlet, about a year after “Speed” came out, the two were hanging out when “the subject of Champagne and truffles came up.” Apparently, Bullock noted that she hadn’t tried either.

After a few days, Bullock discovered Reeves on her doorstep with “flowers, Champagne, and truffles.”

“He said, ‘I just thought you might want to try Champagne and truffles, to see what it’s like,” Bullock recalled. Per the outlet, the pair ended up sharing the two treats. However, Reeves “didn’t stay long” because he “had a date.”

“That’s what I mean that it drives you crazy,” Bullock told Esquire, referencing an earlier comment she made about Reeves being “a listener.”

“When I first met him, I would spend as much time as I could filling a silence, just to feel comfortable,” she shared. “And the more I jibber-jabbered on, the quieter he would get. And I thought, ‘I don’t understand what’s happening! He’s looking at me with eyes of confusion. He’s quiet. Did I say something to offend him?’”

“And then a day or two later, he would arrive with a note or a little package, saying, ‘I thought about what you said.’ And he would have his response,” Bullock noted.

Since the filming of “Speed,” Bullock and Reeves have both revealed that they had crushes on each other but were unaware of it.

Read the article on gossippalace