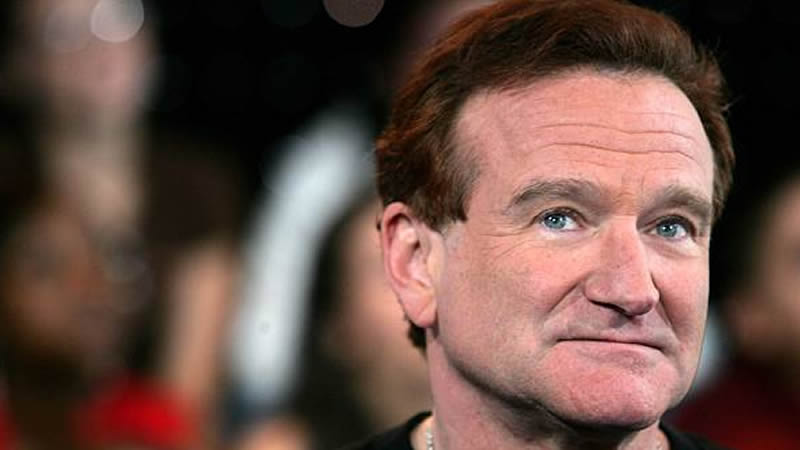 Autopsy results show a 40 percent loss of dopamine neuron and the late comedian’s widow shares the heartbreaking symptom he likely hid from her.

Williams was one of the most well-known comedians of all time, and his ability of improvisation set him apart. Before securing major roles in the late 1970s, the Illinois native started his career doing stand-up comedy.

The world was shocked to found in 2014 that comic genius Robin Williams had committed suicide at the age of 63. The tragic news that he had Parkinson’s disease and was suffering from Lewy Body Dementia (LBD), one of the rarest but most deadly brain diseases, just added salt to the wound.

Williams began experiencing symptoms in 2013, unbeknownst to fans. Fans, friends, and family of the Good Will Hunting star would be grieving his death a year later, as per cheatsheet reports.

In May of 2014, Williams was diagnosed with Parkinson’s disease. Williams, however, was told by a doctor that he did not have Alzheimer’s disease and was not schizophrenic. In fact, he encountered “nearly all of the 40-plus symptoms of LBD, except for one.”

Susan Schneider, the action comedian’s widow claims in a piece for Neurology that her husband never admitted to having hallucinations. Doctors then suspected that he may have been hiding symptoms from those close to him, suffering in silence.

Schneider interviewed four doctors after Williams’ death, and they all agreed that the situation was one of the “worse pathologies they had seen.”

Schneider recalls her husband suffering from apparently irrelevant symptoms such as:

“constipation, urinary difficulty, heartburn, sleeplessness and insomnia, a poor sense of smell and lots of stress. He also had a slight tremor in his left hand that would come and go.”

She wrote in an editorial for Neurology that his symptoms had developed to include paranoia and insomnia. She expressed herself as follows:

“I experienced my brilliant husband being lucid with clear reasoning 1 minute and then, 5 minutes later blank, lost in confusion.”

According to Schneider, when she and Williams first attended a neurologist’s office,

“Robin had a chance to ask some burning questions. He asked, ‘Do I have Alzheimer’s? Dementia? Am I schizophrenic?’ The answers were the best we could have gotten: No, no, no.

There were no indications of these other diseases. It is apparent to me now that he was most likely keeping the depth of his symptoms to himself.”

Williams’ autopsy revealed changes in his brain that were similar to those seen in Alzheimer’s and Parkinson’s disease patients. These changes affected his behavior in the days leading up to his death, although his wife, Susan, said the comedian appeared great the night before he died.

As a result, his suicide the next day was unexpected. Dr. Bruce Miller of the University of California, San Francisco, revealed in the 2020 Robin’s Wish documentary that Williams’ condition was so serious that “it really amazed me that Robin could walk or move at all.”

Susan Schneider also wrote that the “massive proliferation of Lewy bodies throughout William’s brain had done so much damage to neurons and neurotransmitters that you can say he had chemical warfare in his brain.”

She now serves on the Board of Directors of the American Brain Foundation and works to raise awareness about the neurological disorder that took her husband’s life.