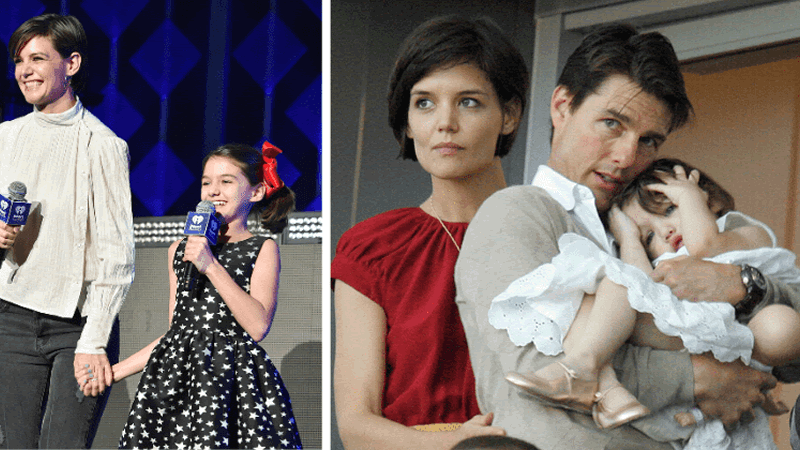 Katie Holmes and Tom Cruise’s only daughter, Suri Cruise is, allegedly, planning to reunite with her adopted sister, Bella Cruise.

According to New Idea, the 15 year-old used to be very close to Bella, however, after the teenager stopped seeing her dad, she didn’t also have the chance to hang out with her older sister.

Now that Suri is old enough, she wants to relocate to London to be close to her adopted sister, claims the tabloid.

“Suri talks endlessly about wanting to move to London when she’s 18. Katie suspects that while Suri would never admit this for fear of hurting her, she actually wants to go over there to reunite with Bella,” the source said.

It is to be remembered that Suri was always photographed with her sister even though they have a 13-year age gap, before she became estranged from her dad.

“It makes sense that Suri is curious to get to know Bell again. Katie would never stop her. She doesn’t have anything against Bella,” the source said.

However, there is no proof that Suri Cruise wants to reunite with her adopted sister in London. It is unlikely for the tabloid to know what’s inside the teenager’s heart because Holmes has tried to shield her daughter from the public’s eye for years.

Earlier this year, New Idea also claimed that Angelina Jolie and Brad Pitt’s daughter, Shiloh Jolie-Pitt knows Suri but refuses to hang out with her.
“I think they knew then that Shi and Suri had nothing in common,” the source said.

However, there is no proof that Shiloh and Suri know each other. And if they did, there’s no reason for their parents to stop them from hanging out even if they have nothing in common.

Will Prince Harry and Meghan Markle share photos of Lilibet?