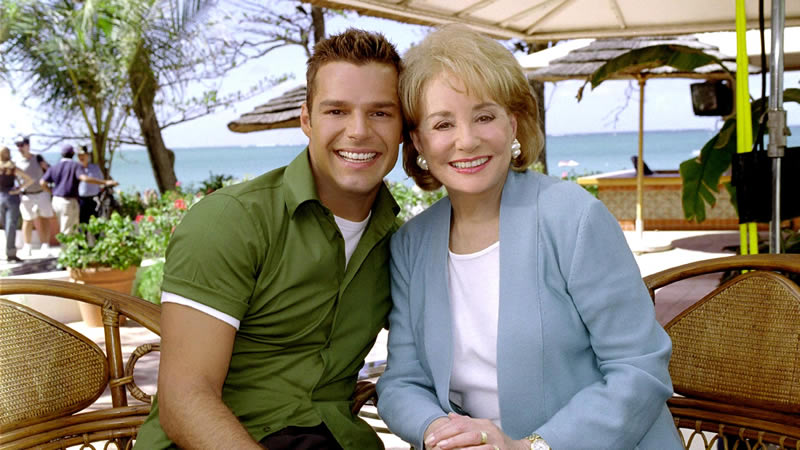 Ricky Martin recalled his 2000 interview with Barbara Walters where she asked the international superstar if he was gay, saying he is still haunted by the exchange.

During a discussion with People for its Pride Issue, the 49-year-old singer explained he was not prepared to answer the question, as he had not commented about his sexuality at the time, although rumors of him being gay had been following him for years.

“When she dropped the question, I felt violated because I was just not ready to come out,” he said. “I was very afraid. There’s a little PTSD with that.”

In the televised interview, Walters asked if Martin was “hurt” by the rumors of his sexual orientation, to which Martin responded, “I think that sexuality is something that each individual should deal with in their own way.”

“And that’s all I have to say about that.”

Walters pressed ahead, arguing he could stop the rumors if he were to simply admit if he was a homosexual or not. Martin replied, “I just don’t feel like it.”

A decade later, Martin came out publicly, but still wonders what he could have done differently with Walters.

“Well, maybe I would have come out in that interview,” he mused to People. “It would’ve been great because when I came out, it just felt amazing. When it comes to my sexuality, when it comes to who I am, I want to talk about what I’m made of, about everything that I am. Because if you hide it, it’s a life-or-death situation.”

Walters has since expressed regret for putting Martin on the spot, arguing the public had decided he was gay after his refusal to deny it at the time.

“A lot of people say that destroyed his career, and when I think back on it now I feel it was an inappropriate question,” she told The Toronto Star in 2010.

Meanwhile, the “Livin’ La Vida Loca” singer has sold over 70 million records with his 11th album dropping soon. His personal life is just as successful, with a husband and four children at home.

He did reveal to People, however, that he had “lots” of relationships with women before marrying artist Jwan Yosef in 2017.

“When I was dating women, I was in love with women,” he explained. “It felt right, it felt beautiful. You can’t fake chemistry — the chemistry was there with them. I wasn’t misleading anyone.”