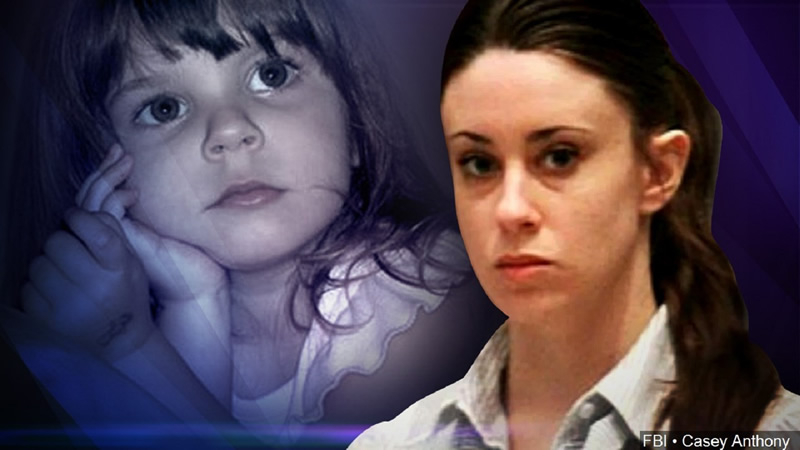 Robyn Adams was incarcerated with Casey Anthony in 2008 as Adams was facing a drug charge.

It’s been 10 years since Casey Anthony was acquitted of killing her 2-year-old daughter, Caylee, in a verdict that shocked the nation. Now her former jailmate is speaking out in an upcoming Lifetime special called “Cellmate Secrets.”

Robyn Adams, who was incarcerated with Anthony in 2008 while facing a drug charge, says she was there when Anthony got the news that her missing daughter’s body had been found.

“She was hysterical, as any parent would be,” Adams says in the special, adding that she believed Anthony’s reaction to be “genuine.”

Anthony has been back in the headlines after a 911 call was released in which Anthony called authorities to report a woman throwing a drink at her.

Cops say Anthony got into a verbal argument with another woman at a Florida bar. According to the police report, Anthony said the dispute was “about an ex-boyfriend they were dating at the same time.”

On the 911 call, Anthony indicated it was a “repeated incident” and involved a “verbal assault” and a “thrown drink” inside the bar.

“I would just like to make an official report,” Anthony told the operator.

“Where is the person that threw the drink?” the operator asked.

“She already left the premises, but I have her information,” Anthony said.

No charges were filed in the incident.

Meanwhile, a juror who acquitted Anthony is also speaking out, telling People Magazine, “My decision haunts me to this day. I think now if I were to do it over again, I’d push harder to convict her of one of the lesser charges like aggravated manslaughter … or child abuse.”