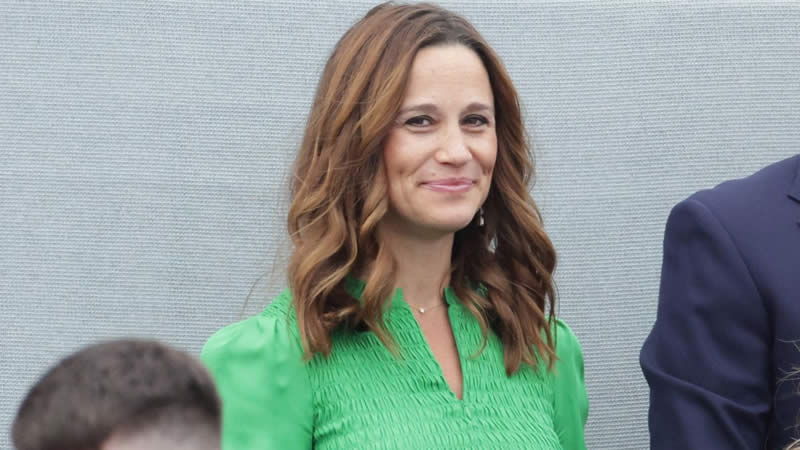 The younger sister of Kate, Duchess of Cambridge, is reportedly expecting her third child with husband James Matthews – brother of Made In Chelsea star Spencer – after fans speculated she showed off her baby bump over the Jubilee weekend

Pippa Middleton’s photos at the Queen’s Jubilee sparked rumors that she was expecting her third child with husband James Matthews.

The 38-year-old Duchess of Cambridge’s younger sister has been married to former professional racing driver James, 46, since 2017 and the couple already has two children, three-year-old son Arthur and one-year-old Grace, as per Mirror reported.

However, there is speculation that the pair is about to become parents again, with royal fans noting her flaunting a growing bump during the Platinum Jubilee weekend celebrations.

Hello! Magazine reported late on Saturday: “The Party at the Palace to commemorate the Queen’s 70-year reign was full of surprises, including the reveal that Pippa Middleton is expecting her third child!”

They added: “The Duchess of Cambridge’s sister is notoriously private when it comes to her family and had not made public the news that she and husband James Matthews are expecting again before Saturday’s appearance.”

For the event, Pippa wore a striking green dress by luxury and modern design company ME+EM.

+She was accompanied by her sister, Kate, brother-in-law Prince William, and nephews and nieces Princes George and Louis, as well as Princess Charlotte.

According to PageSix, Pippa is pregnant, and a source told the outlet that the couple is “so happy” that Pippa is a “natural mama.”

Pippa and James married in 2017 at St Mark’s Church in Englefield and have kept their lives very quiet since.

Details about Meghan Markle’s wedding day were released earlier this year, as it was discovered why she had been omitted from the invite list.

Other members of the royal family were present since Prince George was a pageboy and Princess Charlotte a bridesmaid.

However, according to the book Finding Freedom by authors Omid Scobie and Carolyn Durand, Meghan was banned from attending the ceremony despite her plans.

She had even bought a brand new outfit and hat, but it was decided that she would not attend the wedding.

According to the authors, Pippa and her mother Carole were afraid that Meghan’s presence would “overshadow the main event.”

While the wedding took place a year before Meghan and Prince Harry married.

They also stated that the final straw was a headline that ran on the morning of the wedding comparing Pippa and Meghan’s bottoms.

The book says: “Harry and Meghan agreed that she couldn’t possibly turn up at the church, only fifty meters away from a specially arranged media pen, after such a crass cover story.

“If they worried their arrival might create a media circus despite taking every precaution, now they had no doubt that it would.

“Meghan’s church outfit and Philip Treacy hat would have to be worn another time.”

Instead, Harry dropped Meghan off at another wedding guest’s Airbnb and then drove to the church alone.