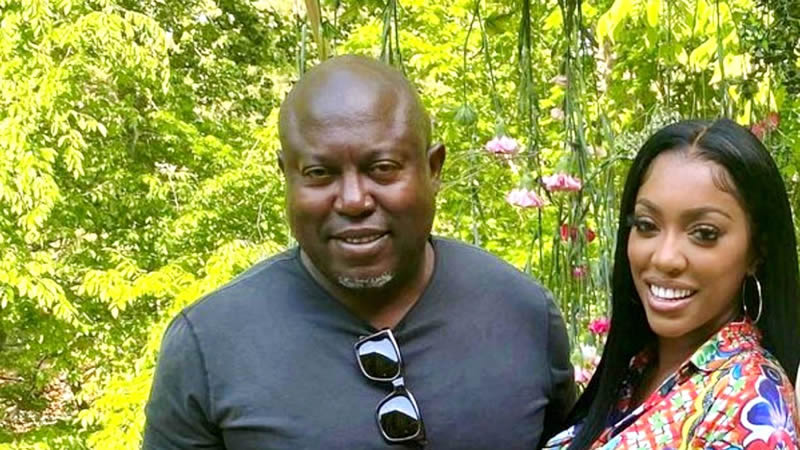 Porsha Williams’ fiancé just celebrated his 57th birthday, and he did it in the sweetest possible way. The Real Housewives of Atlanta bride-to-be — who announced her engagement to Simon Guobadia in May — shared a peek inside her future husband’s festivities. And it was hard to miss the two extravagant cakes.

“Happy Birthday Fiancé!” Porsha wrote, captioning a June 2 snap that showed Simon standing in front of a dessert table. The spread included one cake that was shaped like an open cigar box. It had an edible cigar at its base, along with a white birthday banner that looked like a plume of smoke.

For his second cake, Porsha’s husband-to-be had a two-tiered, two-tone confection. The base layer was iced in midnight blue frosting with gold accents, while the top tier was white and gold. The cake had white roses and a festive “Happy Birthday” sign on top, and it was studded with gold and black macarons.