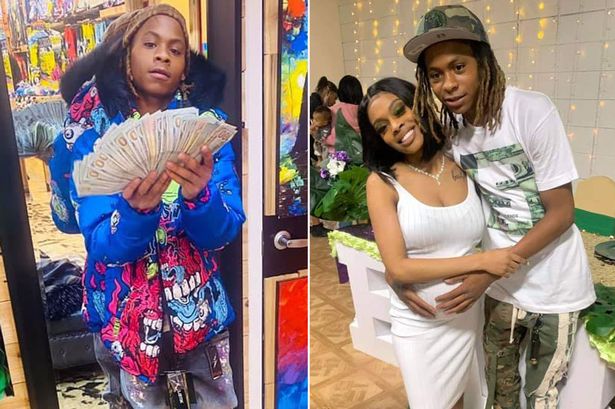 Rapper Baby CEO has reportedly died at just 20 years old as fans rushed to pay tribute to the performer.

The performer, who is originally from Memphis, Tennessee, had recently welcomed his first child shortly before his death.

“RIP Baby CEO” quickly began to trend on Twitter as fans rushed to pay tribute to the rapper, whose real name was Jonathan Brown, as social media posts confirmed his tragic passing.

The sad news comes after he welcomed his first son with his partner, as he tweeted about the birth back in November, sharing pictures from the baby shower.

After his death, a fan shared a picture of the rapper holding his newborn son on his Twitter page, writing: “Yo Son Was Just Born,” along with a heartbroken emoji.

The picture showed Baby CEO asleep on the sofa with his newborn son sleeping on his stomach wrapped up in a blanket.

The rapper’s death comes just three years after the death of his mentor Fredo Santana, as many fans commented on how proud the he would’ve been of his protege.

The rapper was signed with Santana when he started working with Savage Squad records, releasing records such as CBG and Thru The Front.

He found fame as a teenager after taking to social media and writing songs about drugs and guns.

One fan wrote alongside a picture of Baby Ceo and Santana together, writing: “Crazy they both died on the same day 3 years apart rip baby ceo”.

Another added: “Condolences out to his Family and Friends Rest Up Baby CEO.”