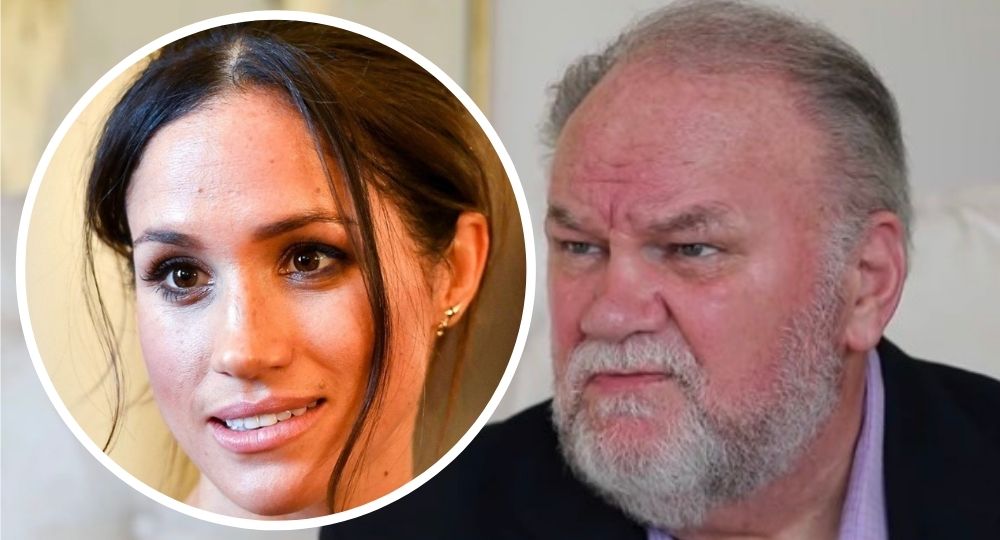 The fiery legal battle between Meghan Markle and her father has reached the high court today and, needless to say, things are heating up. In fact, they may have just reached boiling point.

In 2018, after Thomas Markle staged paparazzi photos of himself ahead of Meghan and Harry’s wedding, the Duchess announced that the now 76-year-old would no longer be walking her down the aisle on her big day.

Since then, the pair’s rocky relationship has been well documented.

After the Mail on Sunday published an edited version of a private letter Meghan sent to her father in 2019, urging him to stop victimising her, the former actress filed a lawsuit against Associated Newspapers for the breach in privacy.

Now, father and daughter are finally facing off in court. And it seems things are getting ugly.

According to a report from The Sun,  the “heartfelt” letter Meghan penned to her father all those years ago was actually an attempt by the Duchess to end their relationship.

In a witness statement that Thomas presented the court, the 76-year-old claimed that the “sorrowful” letter Meghan wrote him was actually nothing of the sort.

“The letter didn’t say she loved me,” Thomas wrote. “It showed no concern about the fact that I had suffered a heart attack.”

In his statement, Thomas also slammed an article published by People magazine called The Truth About Meghan.

“I was shocked by what it said about me,” the Duchess’ father wrote. “It was a total lie.”

This explosive court case comes just a few days after it was announced Meghan’s dad is making a documentary about him and his daughter.

The project is said to discuss Meghan as a child, her school and college days and the start of her career.

And the Duchess’ father isn’t the only family member with things to say.

Earlier in the month it was revealed that Meghan’s estranged sister, Samantha Markle, is set to publish a tell-all memoir, The Diary of Princess Pushy’s Sister, which she admitted might make the former Suits actress “uncomfortable”.

With all of Meghan’s family airing their dirty laundry, let’s hope the Sussexes receive a kinder welcome when the return to the UK soon.