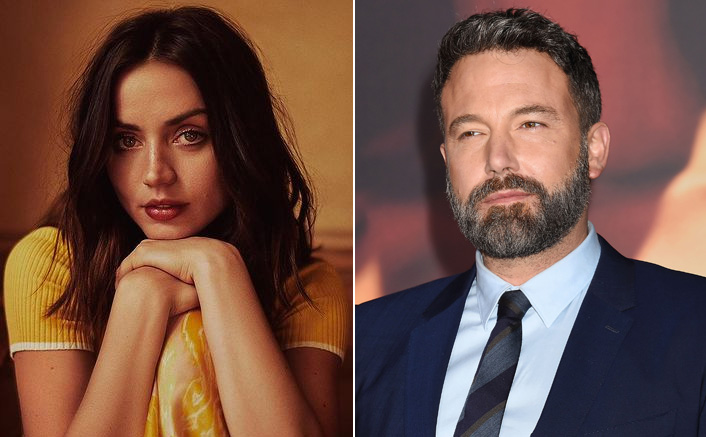 Justice League actor Ben Affleck and Knives Out actress Ana de Armas has been making headlines ever since they began dating early 2020. The two met on the sets of their upcoming movie Deep Water and even made their relationship official on social media a few months later.

Recently, reports also stated that the two moved in together and the latter even spent time with his children. The couple seemed to be madly in love but now reports claim that they are heading for a split. Read on to know more details.

As per a report by InTouch, Ben Affleck and Ana de Aramas’ honeymoon phase has ended when they moved in together and the two has gotten into “huge fights.” A source revealed to the publication, “Ana rocketed to stardom since dating Ben and has a bunch of movies lined up. S

he’s young, ambitious and her career will always come first. While Ben wants her to succeed, he’s needy and feels lost and lonely when she’s off gallivanting the world without him.”

The report also stated that the duo’s relationship is quite different from the Justice League star’s relationship with ex-wife Jennifer Garner. The source said, “[Jennifer Garner’s] whole life revolved around Ben and the kids when they were married. That’s what he’s used to, but Ana is more independent.”

Ben Affleck and Jennifer Garner share three children Violet, 14, and Seraphina, 11, and eight-year-old son, Samuel. “Jen is an overprotective mom and because of Ben’s past, [she can be] a little overbearing and interfering at times. I don’t think she realizes it though.”

Another source throws more light on the tension in Affleck and Armas’ relationship. Jennifer Garner isn’t keen on knowing Ana on a personal level. “That can come across as standoffish,” the source claimed.

The source further said, “Her children are her main focus and she wants to avoid any disruption in their lives. She likes everything to be very structured. Ana won’t tolerate Ben’s neediness in the same way Jen did, and they’ve gotten into huge fights about it since living together.”

The rising tension between Ben Affleck and Ana de Armas has caused her to need some more “space” from the Good Will Hunting actor.

How to Choose the Right Hair Color?

Cardi B claps back at naysayers criticizing her $150,000 gift for their daughter