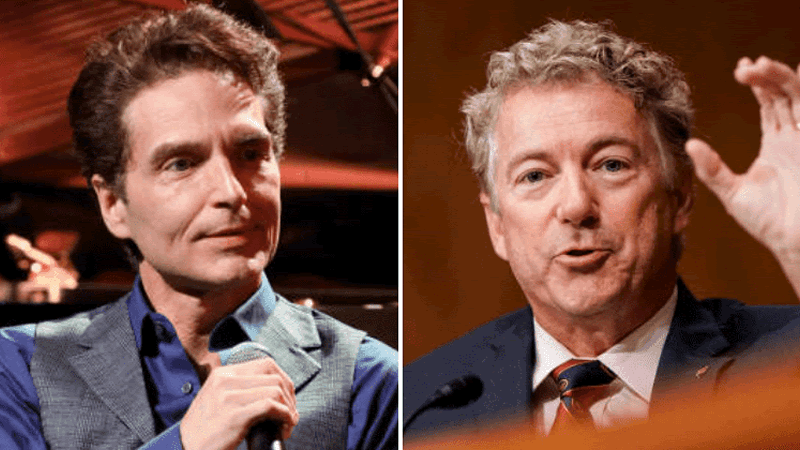 Threatening anybody, much less a U.S. senator, is serious, even if tests showed that the powdery substance “is not dangerous,” as the Capitol Police said Tuesday evening, and “non-toxic,” as Kentucky’s Warren County Sheriff’s Office confirmed separately.

But Paul’s response, blaming the threat on ’80s pop star Richard Marx, is kind of humorous.

On Sunday, Marx slammed Paul for refusing to get vaccinated against COVID-19. “If I ever meet Rand Paul’s neighbor I’m going to hug him and buy him as many drinks as he can consume,” he tweeted. Paul’s neighbor Rene Boucher tackled the senator in 2017, breaking six of his ribs, and spent 30 days in federal prison for the assault.

“As a repeated target of violence, it is reprehensible that Twitter allows C-list celebrities to encourage violence against me and my family,” Paul tweeted Monday night. “Just this weekend Richard Marx called for violence against me and now we receive this powder filled letter.” Twitter said Tuesday that Marx’s tweet “was in violation of our glorification of violence policy,” and it was taken down.

Marx pushed back, tweeting that Paul’s refusal to get vaccinated is much more dangerous than “a wisecrack about Rand Paul’s neighbor.” But The Late Show also responded to Paul on Marx’s behalf, repurposing his 1989 ballad “Right Here Waiting.”

Marx played along, too, interrupting Stephen Colbert’s monologue to play-act being evil, but mostly to promote his various projects.