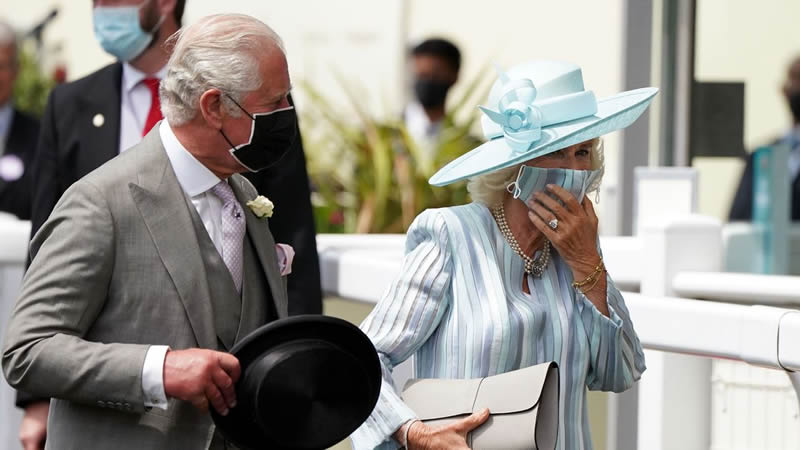 The Queen missed the Royal Ascot today as Prince Charles and Camilla joined other royals for the event.

And Prince Charles, Princess Anne, Sophie, Countess of Wessex and Zara Tindall cut a dash at the world-famous festival.

Who attended the Royal Ascot?
Prince Charles and his wife, Camilla, arrived by car and not the traditional horse-drawn carriage.

Royal fans were delighted to see Anne, the Princess Royal, and daughter Zara Tindall, who was accompanied by her husband Mike.

Where was the Queen this year?
The Queen, also a huge horse racing fan, is expected to miss this year’s festival for only the second time in 69 years.

Her Majesty was not able to attend last year because of the coronavirus pandemic.

And, earlier this month, she missed the Epsom Derby because of fears “the meet would not be the same with Covid restrictions in place”.

He told BBC Radio 4’s Today programme: “The plan at the moment is to see how it goes towards the latter part of the week and if the Queen’s able to come because she’s got runners, then, fingers crossed, it will happen.”

Instead, the Queen met with Australian Prime Minister, Scott Morrison, at Buckingham Palace.

The Queen loves horses
In the past, the Queen would have taken a horse-drawn carriage around the course, Mr Warren said.

And he explained that the 95-year-old monarch would’ve spent time in different parts of the course before the races.

He said: “In the past, she would have gone and looked at horses in the paddock, even though they weren’t hers because she is so fascinated in the breed so she’d want go and look at the stallion prospects of the future.”

Having too much energy drink may cause heart failure

Amanda Seyfried Reveals being terrified of ‘suffering from postpartum depression

Will Prince Harry and Meghan Markle share photos of Lilibet?