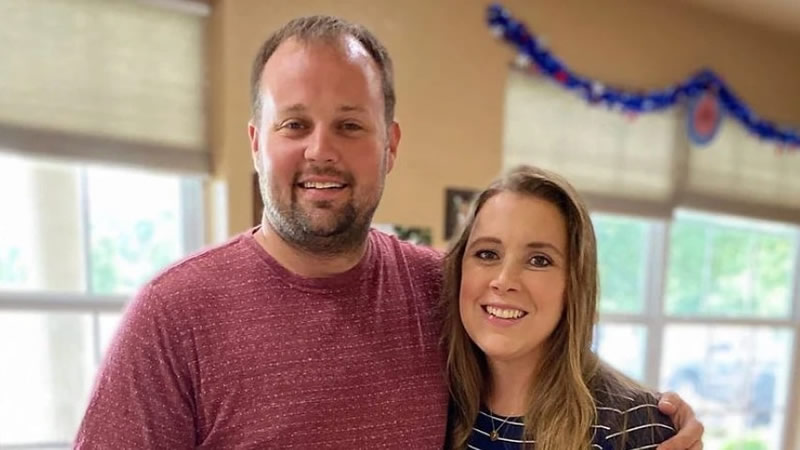 Since Josh Duggar was arrested for the possession of child sexual abuse material a couple of months ago, fans have been urging his wife Anna to leave him.

The couple shares six children and has one more on the way. Due to the nature of his arrest, fans are concerned about the well-being of his children. They hope Anna is protecting the kids.

After Josh was arrested, he was released on conditions until his trial, and he now lives on Maria and LaCount Reber’s property. The Rebers are friends of the Duggars. It’s reported that Josh lives in a mother-in-law suite on the property.

One of the conditions of Josh’s release is that he can not be around minors except for his own children. If he’s with his kids, Anna must be present. While Josh is staying at the Rebers’ home, Anna is welcome to visit as much as she wants to. So, Josh and Anna are reportedly taking advantage of that.

In a new video, Katie Joy of Without A Crystal Ball reveals that a source says Anna spends most nights with her husband at the Rebers. Katie Joy claims that Anna has basically moved in with Josh at the Rebers’ home.

She also points out that Anna is pregnant and probably doesn’t want to be alone right now. So, she reportedly heads over to the Rebers’ property to spend time with Josh.

Do Josh and Anna Duggar’s kids stay there too?

It’s unclear where the kids are when Anna stays with Josh at the Rebers’ home. Katie Joy speculates that the kids could stay in the single bedroom with Anna and Josh, but that would be pretty tight. Katie Joy’s viewers argue that Anna cannot supervise Josh with the kids if she’s asleep there.

Michael Duggar was previously seen in Texas with other family members, so it’s possible that he’s still there. Some of the other children could have gone to stay with Anna’s family in Texas or they could be staying at Josh’s parents’ home.

Katie Joy wonders if Anna might take the youngest children with her to stay with Josh and leave the older ones with relatives. It’s possible that Anna needs an extra hand right now since her husband no longer lives at home with her.

So, are you surprised to hear that Anna Duggar is spending so much time with Josh following his arrest? What do you think she should do in this situation? Let us know in the comments below.

DL Hughley Fires Back After Kanye West Threatens To “Hurt” Him