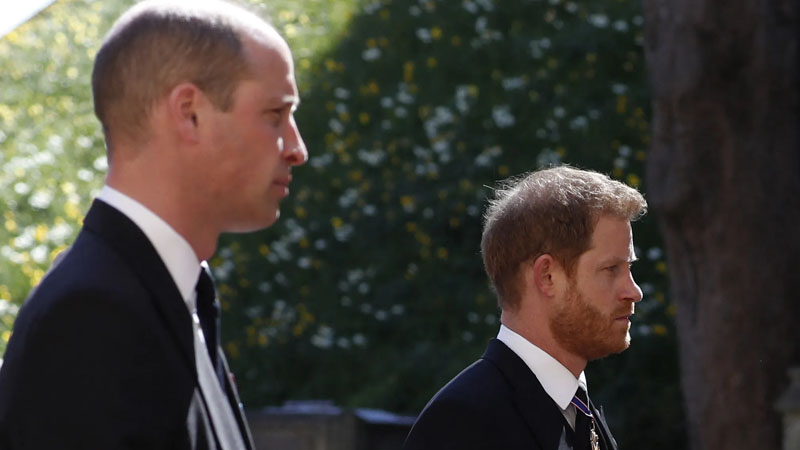 In the latest Prince William news, it has been alleged his staff ‘planted stories about Prince Harry‘s mental health’.

Omid Scobie, the Duke of Sussex’s biographer, makes extraordinary claims in a new ITV documentary about the royal brothers.

Scobie alleges it was ‘no coincidence’ that Kensington Palace staff briefed against the Duke of Sussex in the days after Harry addressed his relationship with his elder sibling.

What did Prince Harry say about Prince William?
Back in 2019, ITV royal reporter Tom Bradby spoke with the Sussexes as they toured South Africa.

Harry indicated to the journalist that he and his brother had drifted apart.

Harry continued: “We don’t see each other as much as we used to but I love him dearly and the majority of stuff is created out of nothing. As brothers, you have good days, you have bad days.”

What did Meghan Markle say?
The same program saw the Duchess of Sussex suggest she was ‘surviving, not thriving.

Meghan also responded to one question by indicating: ‘Not many people have asked me if I am OK.’

We are certainly on different paths at the moment.

Finding Freedom co-author Scobie believes it was these interviews that provoked a reaction from Prince William’s staff.

Omid Scobie’s claims about Prince William’s aides
Scobie does not provide any evidence to support his sensational claims in Harry & William: What Went Wrong? program.

But nonetheless, he says: “I would say that it was no coincidence that it was shortly after that aired, even the next day, there were source quotes that came from a senior aide at Kensington Palace saying that William was worried about his brother’s mental health.

“That fed off such an ugly thing for Harry and it did not go unnoticed. Now whether William directed that or not, no one will ever know, but it came from his household that he is the boss of.”

Scobie also offers a blistering defense of the Duchess’ alleged conduct, indicating staff ‘had to be reminded of their role.

He reportedly says: “Meghan came in driven and ready to work and that immediately ruffled feathers. She’s a woman well into her 30s: I think she’s proven to herself and the people she’s worked with up until that point that she knows what she’s doing.

“She was certainly not someone who was going to change herself just to please the people around her. I felt they also had to be reminded: ‘You’re not the stars of the show here. There is a hierarchy and you don’t come very high in it.’”