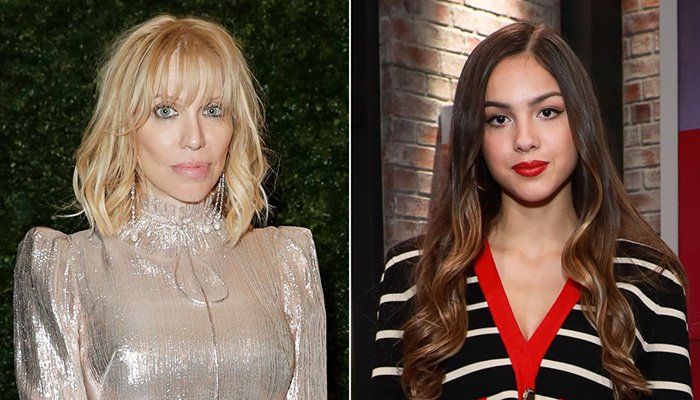 Olivia Rodrigo is always optimistic regardless of what others have to say to her.

In a GQ interview, the 18-year-old was asked of her reaction regarding Courtney Love’s criticism of her album art for Sour.

Last month, Cox had put Rodrigo on the spot for allegedly copying Hole’s 1994 album Live Through This.

The visuals consisted of her wearing a dress, holding flowers along with mascara tears running down her face, an aesthetic similar to the original art.

However, it seemed that this did not faze the singer as the reporter wrote about the teen, “She deflects certain topics with the ease of Neo dodging bullets in The Matrix—if he had been doing that since he was 12. This includes the accusations of plagiarism leveled at her by Courtney Love.”

This piece then quoted her as saying, “To be honest, I’m just flattered that Courtney Love knows that I exist.”