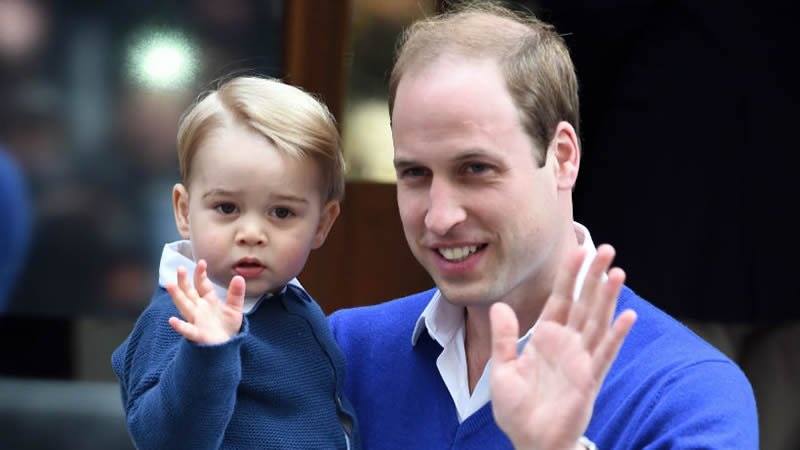 Prince William has revealed to comedian Frank Skinner, and one-third of the brains behind ‘Three Lions’, that he listens to the England classic ‘every morning’ thanks to Prince George.

Comedian Frank Skinner has revealed that Prince George listens to his 1996 hit ‘Three Lions (Football’s Coming Home)’ every morning when he wakes up.

Skinner starred in the chart-topper alongside fellow comedian David Baddiel, and The Lightning Seeds ahead of Euro 1996 – which was held in England.

The anthem topped the charts again in 2018 as Gareth Southgate’sEngland bulldozed their way through to the semi-finals of the World Cup in Russia.

And, according to Skinner, the tune is still a regular fixture at Buckingham Palace with Prince George – who is third in line for the throne – blasting the song every morning.

The 62-year-old comedian met Prince William at the Royal Variety Show, and the future King dropped the bombshell on the comedian.

“I listen to your song every morning,” the Duke of Cambridge told Skinner.

Prince William hasn’t been shy about his love of football; he is an avid Aston Villa fan, and he regularly competes in a 5-a-side league in London.

And Prince William may be treated to the voices of Baddiel and Skinner on a more regular basis with England kicking off their Euros campaign on Sunday against Croatia.

It won’t just be Buckingham Palace either, and England’s atypical anthem will be broadcast in every pub up and down the country, as they attempt to usher home a first European Championship.