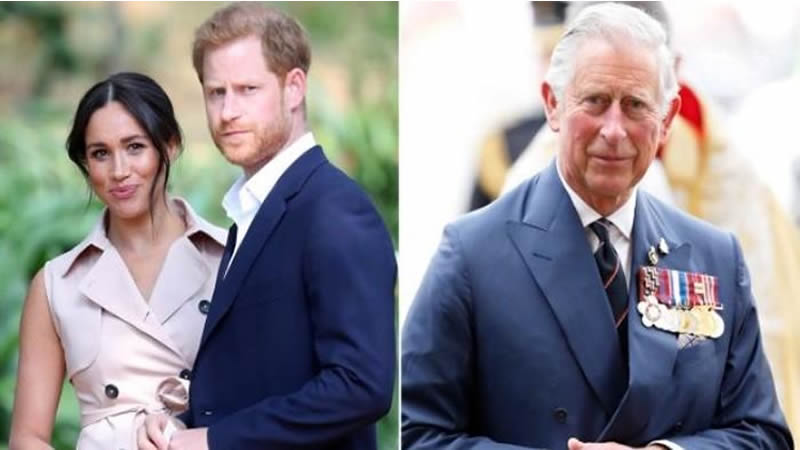 According to a new report from Vanity Fair, Prince Harry and Meghan Markle are “still troubled” about the “lapse of contact” with Prince Charles.

During the couple’s bombshell interview with Oprah Winfrey back in March, Harry revealed his father had “stopped taking” his calls amid his decision to step back from his official royal role.

Though Harry and Meghan have felt unsupported by Charles, as well as Buckingham Palace, Princess Diana’s former voice coach, Stewart Pearce, believes the Prince of Charles has stepped back from his son’s family for another reason.

“Charles is well known for distancing himself from emotionally heightened situations as he is a very caring, sensitive man, and therefore chooses to wait to let strong feelings settle down before responding,” Stewart told Us Weekly.

While it was reported that Prince William and Kate Middleton had sent the Duke and Duchess of Sussex a gift after their daughter, Lilibet Mountbatten-Windsor, last week, it’s unclear whether Prince Charles personally reached out to his son.

He did, however, refer to Lili’s birth a recent royal engagement. The heir to the British throne reflected on “having recently become a grandfather for the fifth time” and called Lili’s arrival “such happy news.”

Despite tensions between Harry and his father, Dean Stott, a friend of the Sussex family, told People the proud parents are trying to “be in the moment” with their daughter. “Lili becomes the fourth generation of amazing, strong women in the family—behind Meghan, Diana and her Majesty the Queen,” he said. “Harry and Meghan now have their complete family.”