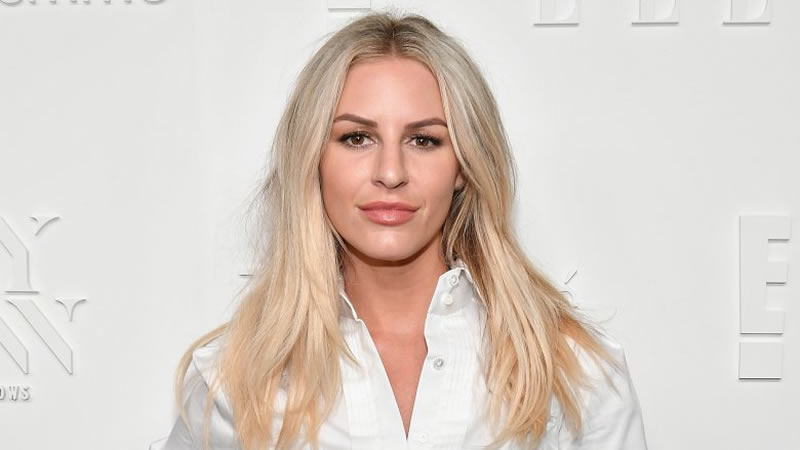 “I felt like I had become very small in my own body and was no longer in control of it,” Stewart said of her symptoms.

Morgan Stewart is urging women to take care of their health after she tried to push through “overwhelming” symptoms that turned out to be a thyroid condition.

The co-host of Daily Pop, who welcomed her first child, daughter Row, with husband Jordan McGraw on Feb. 17, shared on her Instagram Story on Wednesday that she’s felt “completely off” for the last nine weeks.

“At first it was the little things I started to notice,” she said, explaining that her symptoms started with dizziness, exhaustion, sluggishness and joint pain. Stewart said she didn’t believe it was postpartum depression, “so I was able to push my symptoms aside. I just figured this was my new ‘normal’ and my new ‘groove’ with a newborn.”

But two weeks later, Stewart was at home when she “began to suddenly totally fade away from myself,” and felt dizzy, tingly and blurry, and went into a panic. “I felt like I had become very small in my own body and was no longer in control of it.”

Again, Stewart chalked her symptoms up to being postpartum, but they continued over the next few weeks. In late May, they became scarier when she started to experience them while she was driving.

“My entire right arm began to go numb and I once again felt myself fade away from myself, but way more intensely,” she said. “I was terrified … my arm was not functioning. It felt heavy to pick up, almost like it belonged to somebody else.”

Stewart pulled over and called McGraw, who helped her get home and get some food, “but I became more and more incoherent,” she said. “I was no longer speaking proper English or able to communicate efficiently. I was just lost in panic and uncertainty.”

She then spoke with doctors who told her to rest and took her blood to run tests. The intense symptoms continued through the week and during a vacation to Napa Valley. When Stewart returned, her doctor confirmed that she had a thyroid issue.

The doctor said “she’s incredibly surprised to find this, but my thyroid is so off the charts in overdrive, it’s basically in outer space,” Stewart explained. “Thyrotoxic was the term she used to describe it. We immediately went to her office and she explained that it could be one of three things: a nodule on my thyroid, Graves’ disease or sub-acute thyroiditis (all things that can be triggered by pregnancy).”

Stewart has been resting at home since and taking a small dose of Xanax “to function throughout the day.” Her doctor has since ruled out Graves’ disease, and will determine if Stewart has sub-acute thyroiditis or a nodule on her throat by the end of the week.