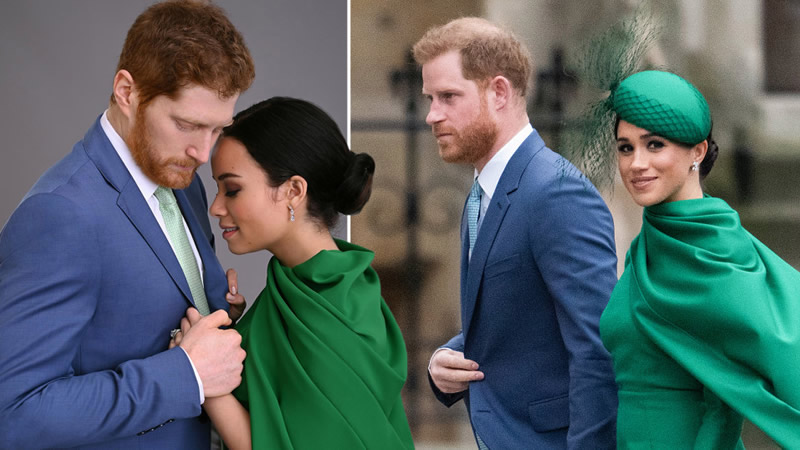 The new Lifetime movie Harry & Meghan: Escaping the Palace, which is set to be released in the autumn, depicts the Duke and Duchess of Sussex during one of the most controversial years of their lives.

The film reportedly chronicles Harry and Meghan’s year as senior royals, the birth of Archie, and their bombshell decision to step down.

In the new trailer, Harry ( played by Jordan Dean) woke up from a nightmare, as he continually worried about the wellbeing of his wife and the future of his family.

He shares his fear with Meghan in his own words: “I see you literally hounded to death.” He added, “and I’m helpless to stop it.”

Meghan (essayed by Sydney Morton) appears to be a brave lady in the clip as she responds to her hubby: “I’m the person who is strong and gets things right.” And assures him:” I can’t lose you.”

Her sweetheart also repeats the same phrase: “I can’t lose you.”

Lifetime TV shared the new clip on Twitter with the caption: “Not all fairytales have the perfect ending…catch a sneak peek of the upcoming Lifetime Original Movie Harry & Meghan.”

The new trailer shows a dramatisation of the couple’s highly-publicised move to the US. The audience will also be able to see the story all the way through to their interview with US TV host Oprah Winfrey.

Harry and Meghan’s romance and life has already been attempted to depict into two previous TV films. “Harry & Meghan: A Royal Romance” was released in 2018 ahead of the Royal Wedding.

A year later, the channel released “Becoming Royal”, which reportedly tried to highlight the couple’s life within the palace.

All imaginings have been played by different actors, with the latest taken on by Jordan Dean as Prince Harry, and Sydney Morton as Meghan Markle.