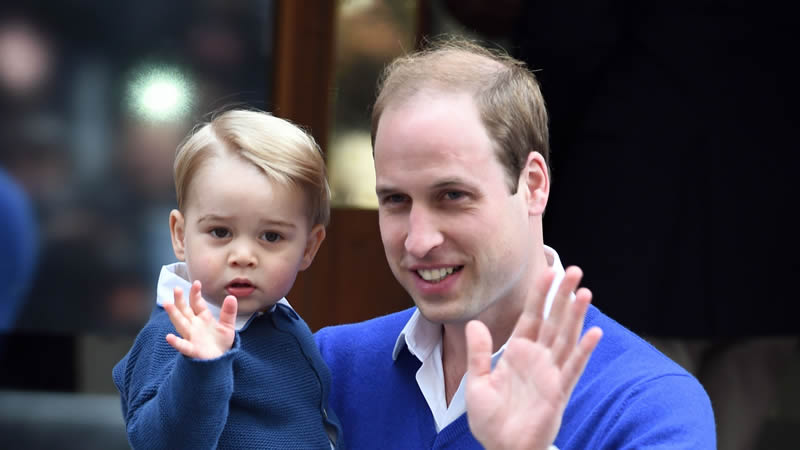 It’s a nice reminder that although they may technically be royalty, they’re still a family just like the rest of us.

Prince William and Kate Middleton seem to have given their eldest son Prince George a break from his royal training and taken him to enjoy a fun popular summer sporting event; a professional soccer game.

And there was definitely one thing that stood out in the photos of their family at the event…just how much Prince George is taking after his dad.

Not only does George physically look like Prince William, with dirty brown hair and a sweet smile, but he also appears to be wearing a matching outfit to his father.

They both looked very sharp wearing navy suit jackets, white button-ups, and red, blue, and white striped ties. We doubt this was a total coincidence, but it’s seriously so cute. We also love how Kate Middleton’s red jacket complimented it so well.

After the past few months that Prince William and Kate Middleton have had, between Prince Philip’s funeral, Meghan Markle’s Oprah interview, and their tour of Scotland, this was probably a nice break from their traditional royal duties.

And since Princess Charlotte was left at home for the day, we can only assume she was practicing her favorite hobby of horseback riding elsewhere.

We’re still in shock at how grown-up George looks when we see him — it feels like just yesterday that he was going to prep school for the first time, and nowhere he is, a mini-William. Time flies when you’re a king-to-be, and William and George will have a lifetime to talk about all that means.

5 Steps to Firmer And Better Skin