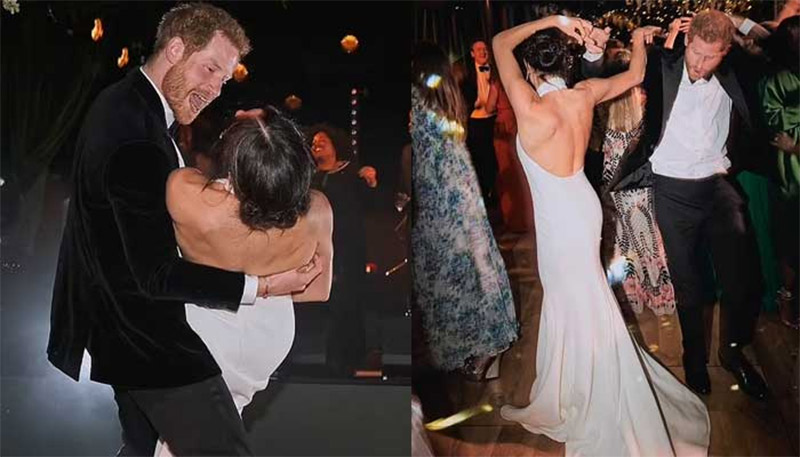 Royal biographer Angela Levin has slammed Meghan Markle and Prince Harry, saying the Duke is under his wife’s ‘spell and control’.

During her appearance on GB News, Levin gave her thoughts on the Duke and Duchess of Sussex’s new Netflix series, titled “Harry & Meghan”. She also branded the couple “disgraceful” after watching the highly-anticipated tell-all show.

The author fumed that Meghan: “I thought they were disgraceful. I checked very carefully that there was one word of gratitude throughout three hours – nothing.”

“Meghan would be nothing if she hadn’t married a Prince and been looked after and encouraged by the Royal Family. And yet she takes that so much for granted that she couldn’t even add that word in,” she continued.

Angela raged: “She wants to kill it all off, absolutely crush it to pieces. And I think we’ve got to have a big fight back to protect our Royal family and our own kingdom. You know, it’s just beyond words, really. And Harry, when he actually showed a glimpse of being not very pleased with that – because most of it he was looking at her adoringly.”

“That’s okay. But when she did that phony curtsy and then with a squeaky voice said, I’m so pleased to see you, Your Majesty,” he looked horrified.

“But he didn’t have the guts to say something about it even on air. He could have done it quite nicely and said you know, ‘Leave my grandmother…”

“You saw his torso sort of clench and his jaw clenched and he swallowed,” Nana added.

Agreeing, Angela went on: “And it shows actually how much is under her spell and under her control, that he doesn’t actually dare say something about that. His grandmother who he loves so much that he flew over to say that she was being looked after properly. None of that came through. He just accepted it. Because what Meghan says… Meghan’s always right.”

Blake Shelton on Rebalancing Life with Gwen Stefani and His 3 Stepsons: ‘I Don’t Want Any Regrets’