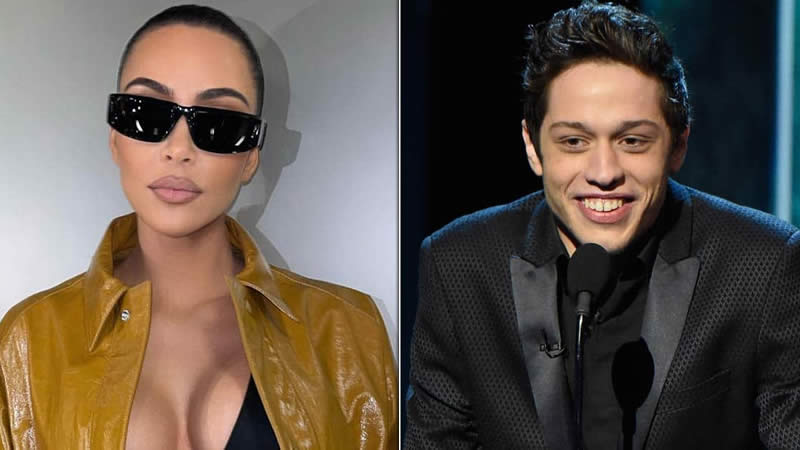 It turns out Pete Davidson’s mom is a huge fan of his relationship with Kim Kardashian—like, to the point where she’s ready for them to have babies, apparently.

Under a recent steamy pap pic of Kim and Pete kissing in a car, a fan wrote that Kim “will be pregnant with his child by the end of the year,” to which Amy Davidson reportedly commented, “Yayyyy.” The Instagram reply appears to have been deleted since (likely due to Pete’s embarrassment).

Kim and Pete have only been dating for about six months, so it’s doubtful that they’re about to have a baby, but hey, wilder things have happened—like their entire relationship, for example.

Either way, the couple are obviously getting more serious, because they went Instagram official on Kim’s account. “I have the cutest pictures of us, and I want to be like, ‘Oh my god, we’re so cute,’ but then I’m like, ‘Don’t be so desperate. Don’t be posting so much, just give a glimpse,'” Kim recently told Ellen DeGeneres during an appearance on her talk show.

“It feels good. I think it’s just in life like no matter what it is, I encourage my friends and the people that I love just to be happy, and I went for it. I went for it, and you know what? I’m in my 40s, like, fuck it—sorry—just go for it, find your happiness. I went for it and I took my time and I found it and it feels so good, and I want to hold on to that forever.”

They’re also so serious that Pete now has multiple tattoos dedicated to Kim, as well as a branding of her name that he could not remove even if he wanted to. So casual.

Are Organ Transplants Safe If The Donor Was Infected With COVID-19?

What did Depp v Heard teach us? Justice and reality TV are incompatible