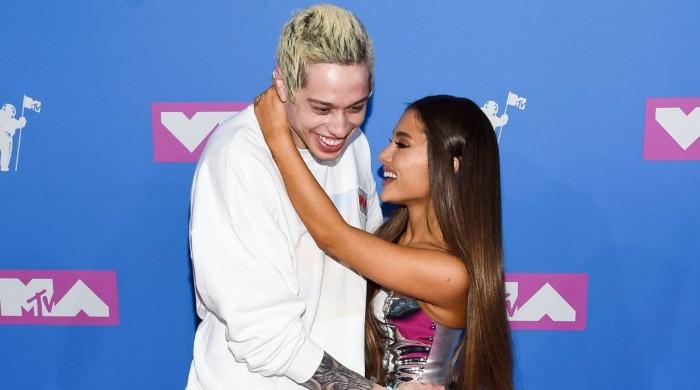 Ariana Grande and Pete Davidson are separated with each other but they still have lingering feelings between them. But on Saturday Night Live star suddenly talked about his engagement with the Positions singer, many started speculating about his true feelings for ex Ariana Grande.

According to source this may be not a joke. Davidson feels about Grande and maybe he missing her.

“Being funny is Pete’s day job and his night job — it’s who he is. The joke was so innocent and fun and there was never any shade meant towards Ariana whatsoever,” said he source.

“Pete will continue to look back at that time [with Ariana] with joy, and if he continues to joke about it that’s all it will be — just having fun and never to make Ariana feel bad,” added the insider.

A reliable and closest friend of Grande added: “She knows that his sense of humor is part of his charm and she wouldn’t want him to ever change that about himself; it’s what makes people so drawn to him.”

“Ariana understands Pete’s dry humor and doesn’t expect him to stop joking about things that have happened in his life, whether it’s their relationship or not. They had a very public breakup, but in the end, she feels they were able to move on and there’s no hard feelings,” they went on to share.

Now 27 years old is concentrated on her relationship with Dalton, but she also feels uncomfortable with him, the grapevine revealed.

This new COVID-19 weapon is being rolled out, and ‘will end the war’