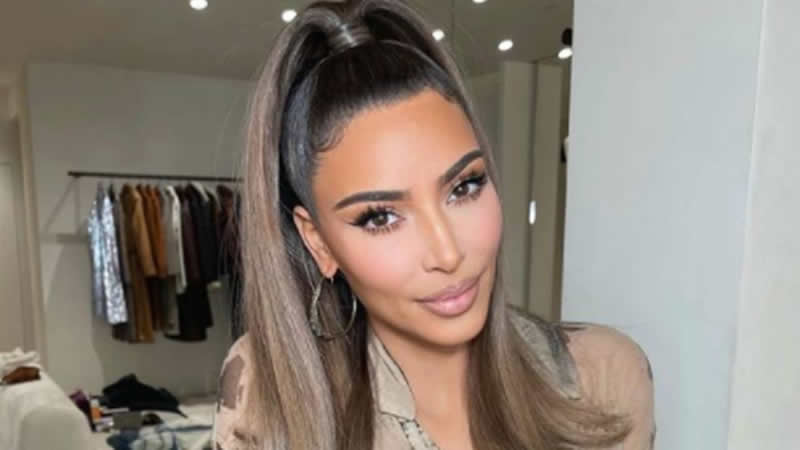 We all know that after a breakup comes a glow up, and it seems even Kim Kardashian is no exception to that rule. Since splitting from her husband of almost seven years, Kanye West, Kim has really been living her best single life, and over the last week, she’s been enjoying a girl’s trip with supermodel Kate Moss in Rome.

In true Kim K style, she’s shared snaps of her vacay all over Insta, and one pic, in particular, has fans praising the return of ‘old Kim’.

Read Also: Kim Kardashian Stuns In A PVC LeopardPrint Dress Near The Trevi Fountain In Rome

On July 5, Kim posted a series of photos of herself wearing a 90s vintage Dolce & Gabbana tortoiseshell dress, captioned: “Tortoise Shell at the Trevi.”

“She looks like old Kim K here, so hot” tweeted one fan, “I love that the old Kim Kardashian is back,” said another.

“Man I’m here for Old Kimmy!!” another fan said, while one tweeted “Kim is starting to look like the old Kim (2011-2013) & we are absolutely here for it @KimKardashian keep living your best life.”

“Jennifer Lopez and Ben Affleck are back, old Kim Kardashian is back, Lindsay Lohan is back to acting, all we need is for Britney to be free and nature will be healed,” tweeted another fan.

Despite the praise for the return of ‘old Kim’, the reality star also faced some backlash while on holiday over her choice of outfit at the Vatican.

Some religious groups criticized the Keeping Up With The Kardashians star for her cut-out lace dress, but she responded to the backlash on Instagram, telling fans “Don’t worry, I adhered to the dress code and fully covered up while inside St. Peter’s Basilica and the Sistine Chapel.”

Kim’s trip to Rome is one of the first times she’s traveled without her four kids since her split. Recently, Kanye was spotted returning to LA from Mexico with their children, North, Saint, Chicago, and Psalm.