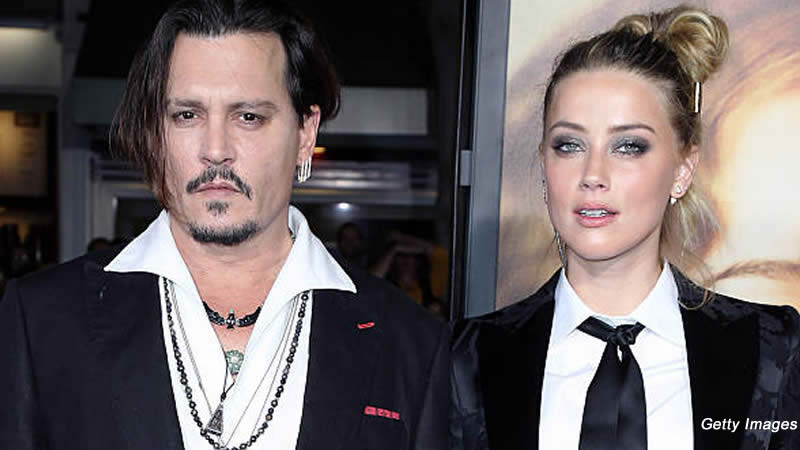 The US defamation trial has shown us how ‘transparency’ in court translates, which is into a festival of misogyny

When asked about the defeat in Depp v. Heard on CBS, Amber Heard‘s lawyer, Elaine Bredehoft, blamed the courtroom cameras and the brutal climate they created. “It was like a Roman colosseum.”

Actually, it was much nicer than that for the squeamish. Those of us who are watching Depp’s lawyer, Camille Vasquez, dismember Heard could claim to be doing so in the spirit of sober inquiry and debate, driven solely by a desire to increase understanding of US legal procedures.

In between gawp at Heard’s elaborate plaits and Vasquez’s white dresses, I learned that it’s legal in Virginia for cameras to Livestream a celebrity witness giving terrible evidence about sexual abuse, yards from her accused assailant, according to Newsbreak.

Another lesson: in a US court, the dry findings of two UK courts cannot compete with lashings of Technicolor “Darvo” (“deny, attack, and reverse victim and offender,” a popular defense tactic in sexual assault and domestic violence trials).

Another thing: if a celebrity witness knows millions of viewers are scrutinizing her face and body language while opposition experts speculate on the consequences of her alleged personality disorder, it does not conflict with the administration of US justice, particularly the principle that people are equal before the law.

Is it true that Heard cried in court? Her acting coach claimed, according to diligent students, that Heard struggled “acting-wise” to produce real tears when performing. Non-actors, on the other hand – and this seems to have gone unnoticed — the coach often saw Heard in genuine tears.

We now have a good understanding of how such devotion to total courtroom transparency is likely to convert, once online supporters are engaged, into a wave of woman-hating vitriol and memes, thanks to the intensive Heard-Depp course in judicial fairness.

The jury in this instance, according to Bredehoft, must have been aware of this.  “They have weekends, they have families, they have social media,” she said.

There was also a 10-day break allowing for further absorption of tribal online feeling before jurors returned to a courtroom besieged by #justiceforJohnny supporters: “How could they not have been influenced?” Bredehoft was duly pilloried for sour grapes, on social media.

In fact, she’d seen it coming. In February, arguing against live broadcasting, Bredehoft prophesied how existing “anti-Amber networks” would use the resulting videos.

This is precisely what has happened, as if Heard’s inconsistencies (on charitable donations) were not, without added monstering, enough. Depp’s lawyers, to judge by his fans’ previous efforts during his London libel suit, had more to gain from the harvesting of such material.

“Mr. Depp believes in transparency,” his lawyer said. The judge, Penney Azcarate, whose sole decision it was to Livestream or not, concluded that the public did need more, on this occasion, than old school reporting and illustrations: “I don’t see any good cause not to do it.”

A Stanford Law School lawyer, Professor Michele Dauber, has called Azcarate’s decision “the single worst decision I can think of in the context of intimate partner violence and sexual violence in recent history”.

Perhaps the following misogyny festival would have surprised any judge inexperienced with social media, the manosphere’s tendencies, or the growing ambitions of courtroom broadcasters.

It’s more difficult to understand why a judge would ignore the specific risks of live broadcasting a case involving charges of sexual violence, as well as the potential impact on future witnesses.

The deterrent effect on female victims when reporting a crime doubles as an audition for courtroom broadcasting is only one example of how compelled public performance actually interferes with justice.

With Depp v Heard considered broadcastable, restraint in other courts can be misrepresented, as it was by conspiracy-minded members of the Ghislaine Maxwell audience.

It gives unwarranted power to editors and courtroom broadcasters, whose earnings skyrocketed as their coverage of Heard elicited more online criticism, clicks, and histrionic tweets picturing the case as a battle.

Court TV: “Do YOU think there is going to be a clear winner in the end??” Court TV’s daytime ratings more than doubled thanks to Heard, who claims she is unable to pay the millions she owes in damages. UK viewers discovered a new and less expensive Netflix option.

When British broadcasters first pushed for televised courtrooms, they argued that, in addition to providing cheap content, this innovation would educate viewers and improve openness.

Writing to the prime minister in 2012, representatives of the BBC, ITN, and Sky said: “For too long the UK has lagged behind much of the rest of the world on open justice. The time has come for us to catch up.”

Prior to online death threats and abusive TikTok memes, the biggest admitted risk of court broadcasting was its use by some defendants, such as mass murderer Anders Behring Breivik. However, a Victim Support spokesman predicted that, while the justice system needed to be more transparent, “this does not mean that court cases should become a new form of reality TV.”

Even if the transformation of one celebrity defamation trial via live streaming into the prolonged, one-sided demonization of its female participant does not constitute a case for restriction, Depp v Heard calls into question broadcasters’ claims of increased confidence and transparency.

How can a courtroom be complicit with the values of mass entertainment to help justice? If anything, the live-streaming, along with the associated character assassination, has increased uncertainty among many circusgoers about the relative value of legal argument vs the popularity of the combatants.

Is it right to force civilians, including actor-civilians, to perform for justice? In any case, Amber Heard’s inability to fake crying is a boon to her adversaries.