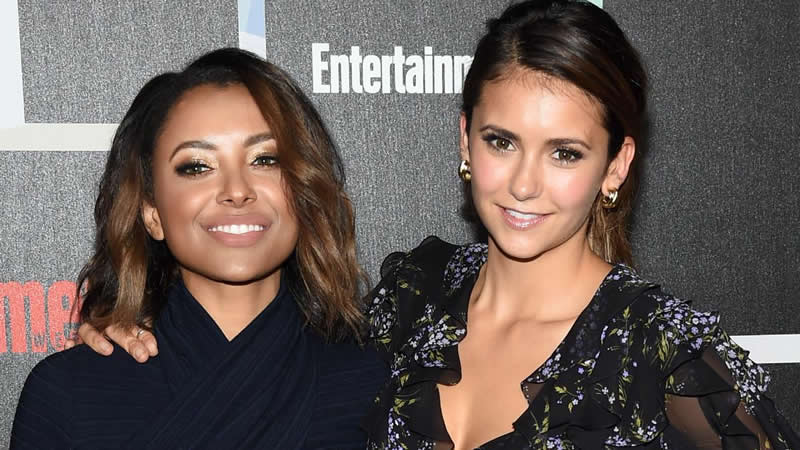 Nina Dobrev recently attempted to break the internet by sharing a selfie with her former Vampire Diaries co-stars Kat Graham.

Taking to Instagram stories, Nina said: “So I was sitting here on a Sunday, just chilling, and I thought to myself, ‘Can I break the internet?’” the 32-year-old Canadian said at the start of the clip.

“And then I thought, ‘Yes, I think I can break the internet,’” she continued, before revealing Kat sitting next to her drinking from a mug. “Consider yourself broken, internet.”

“I love you so much,” the 31-year-old star told Nina and then gave her a sweet kiss on the forehead.

She followed up the video with a post of herself and Kat on her main grid and just as she predicted, fans freaked out! “YOU REALLY DID BREAK THE INTERNET NINA,” one user wrote, while another fan commented, “NO WAY IM CRYING.”

This isn’t the first time Nina has been seen hanging out with the old gang. Nina frequently hangs out with Paul Wesley, who played her romantic interest on the show. Nina, her boyfriend Shaun White, Paul, and his wife Ines de Ramon went on a snowboarding trip at Jackson Hole Mountain Resort in Wyoming in February.

“Sometimes you gotta double down,” Nina captioned a photo on her Instagram account. They all posted photos on their pages.