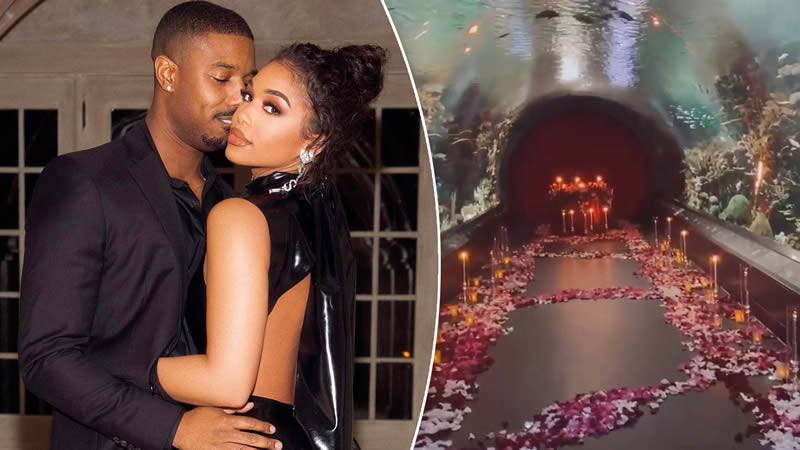 PEOPLE‘s Sexiest Man Alive 2020 booked an entire aquarium for his model girlfriend and he sure is proud of himself.

Speaking on Spotify’s Original podcast, Jemele Hill is Unbothered, the Black Panther star touched on his grand gesture for Harvey.

Read Also: Michael B. Jordan’s Girlfriend Lori Harvey’s Father Steve Harvey Tried Not To Like Him: “I Can’t Whoop Him!

“It was a lot, I wasn’t able to do a lot of those things in the past,” PEOPLE’s Sexiest Man Alive says. “It was fun; I’m a creative guy.”

Not to mention, Michael realizes that he had raised the bar and would have to think out of the box next year as well.

“Then you gotta be even more creative because there wasn’t a lot of things that were open. The circumstances of a lot of things forced me to be a bit of a thinker on that one,” he says.

“I kind of put myself in a tough situation because I have to figure out next year,” he laughs.