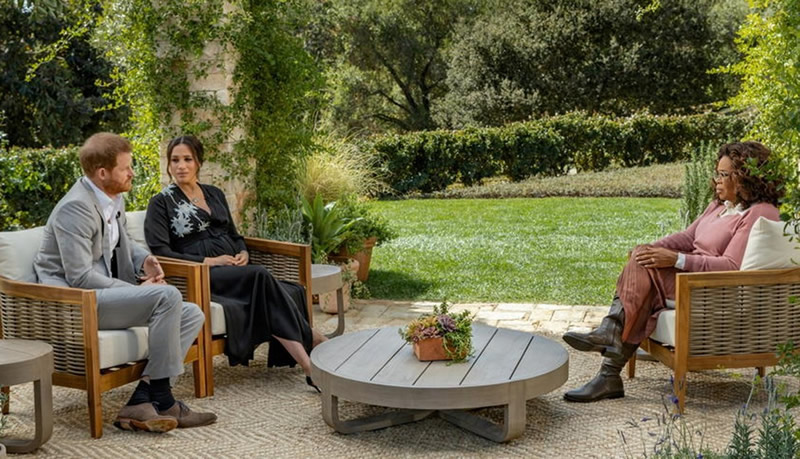 Some social media users and royal fans have criticized the nomination of Meghan Markle and Prince Harry’s interview with Oprah Winfrey for an Emmy Award.

Meghan Markle and Prince Harry’s explosive interview with Oprah Winfrey has been nominated for an Emmy Award.

The organizers of the Emmy Awards have been criticized for nominating the interview which contained some serious allegations against the British royal family.

Amid the criticism on the nomination, a user claimed that the “Deadline for Emmy nominations was 17th Feb 2021 and the interview didn’t air until the 7th March.”

Commenting on the claim, journalist Angela Levin wrote, “Now that’s interesting. Putting H and M’s conversation with Oprah up for an Emmy before anyone had seen it. How does that work?”