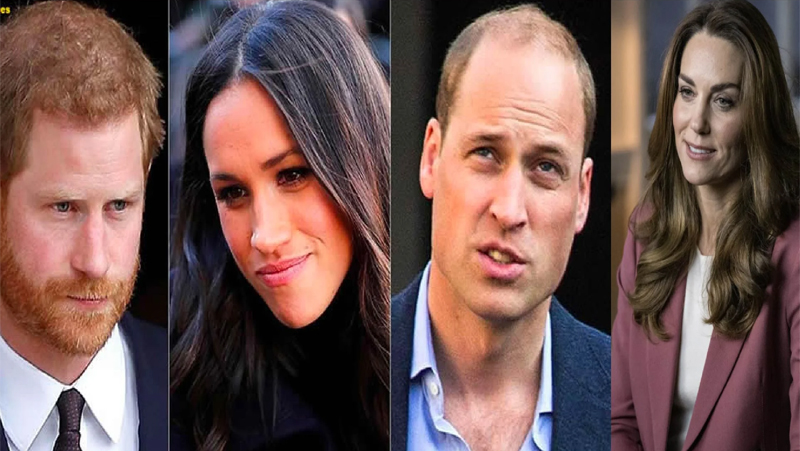 This week royal expert is speaking out to warn Meghan Markle and Prince Harry that any “petty insults” that they try to deliver at Prince William and Kate Middleton will backfire on them. The claim made by Meghan and Harry last month that serving in the British royal family is like being “trapped.” And the expert also claimed that William and Kate have “debunked”.

“As the nation’s memory gropes backward over the travails that have beset the Royal Family in the past year, it can comfort itself with one solar myth, one solid bond in the bank of our collective future,” Royal commentator Petronella Wyatt wrote in a column for The Sun.

“Amid the noisy departure of The Unhappy Prince and his Duchess, and the passing from this life of the stalwart Duke of Edinburgh, William and Kate have proved themselves to be the real deal the 40-carat jewel in the Crown,” Wyatt titled this article, “Meghan and Harry’s petty insults couldn’t hurt William and Kate, who are living proof public service is not a prison.” She alleged that the “triumph of Kate and Will” was a “bitter pill” for Meghan and Harry to swallow.

“There have been doubters and naysayers, in the verdant hills of Montecito, California, with its 50 shades of green with envy,” she alleged. “This is a tale of two couples and for the Duke and Duchess of Sussex, the triumph of William and Kate is a bitter pill.” “Last month,

I predicted in this paper that Harry’s foolish decision to go along with Meghan’s tell-all Oprah plan and to take a bovine pride in her attempts to paint the Royal Family as a Camorra of racists and misfits, would be met by scorn, particularly concerning any insults leveled at the Duke and Duchess of Cambridge,” Again Wyatt wrote.

“Throw any insult you like at William and Kate, but they always come out smelling as sweet as English roses.” Yet Wyatt then addressed in the interview about the royal family that Meghan and Harry did with Oprah Winfrey last month, branding it “foolish.”