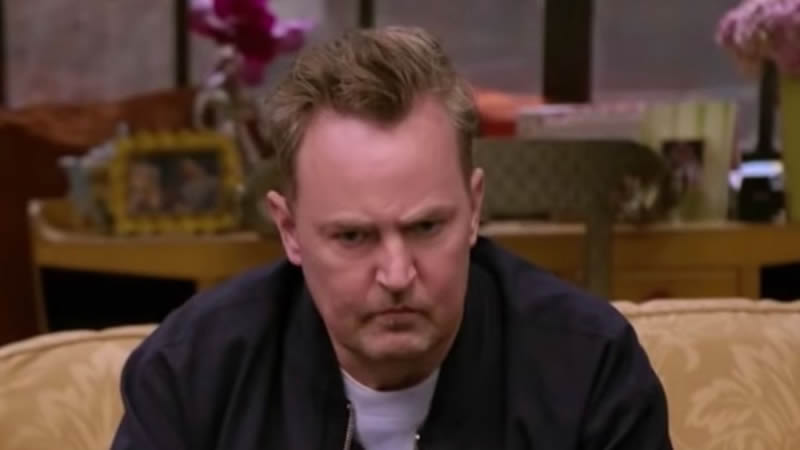 While it was awesome to see the Friends gang back together again for only the second time in 17 years, some people noticed that Matthew Perry, who played Chandler Bing, exhibited slurred speech during the special.

The reason for Matthew Perry’s “slurred” speech in a preview of the Friends: The Reunion episode has been explained.

Shortly after the release of a promo video, which teased the cast’s first televised reunion since the show ended in 2004, viewers highlighted that the Chandler Bing actor was speaking in a slurred manner. This immediately sparked concerns for Perry’s health and sobriety.

At one stage, it also seemed that he was on the verge of dozing off during the interview. Many expressed their concern for Perry, 51, on Twitter – however, a source has now revealed the reason behind his behaviour.

According to a source close to the star, the actor needed emergency dental surgery hours before the interview was due to take place.

The source said: “Matthew turned up to the reunion and members of his team said that he had an emergency tooth procedure that day. That was said to impact his wellbeing and also how he was feeling. He had been in pain from what we understand, which caused the slurred speech.”

“Obviously, no one wants to film after a procedure, but it happened. The feeling was one of huge sympathy for Matthew especially in recent days given how people have reacted online. Matthew has told those around him that he is sober, and there is no need to worry,” the source added.

Friends executive producer Kevin Bright, as a part of The Hollywood Reporter interview with creators Marta Kauffman and David Crane, responded to a question about Matthew Perry’s health, which may have been prompted by the slurred speech in the reunion special.

He seems stronger and better since the last time I saw him, and excited about going forward.”

Speaking earlier about his health issues to Oprah Winfrey in 2003, the actor said: “What saved me was finally getting a little bit of clarity in my life and realizing that this was it. If I keep living my life this way, there isn’t going to be any life.

“You realize you need help, so you finally ask for it,” he added.