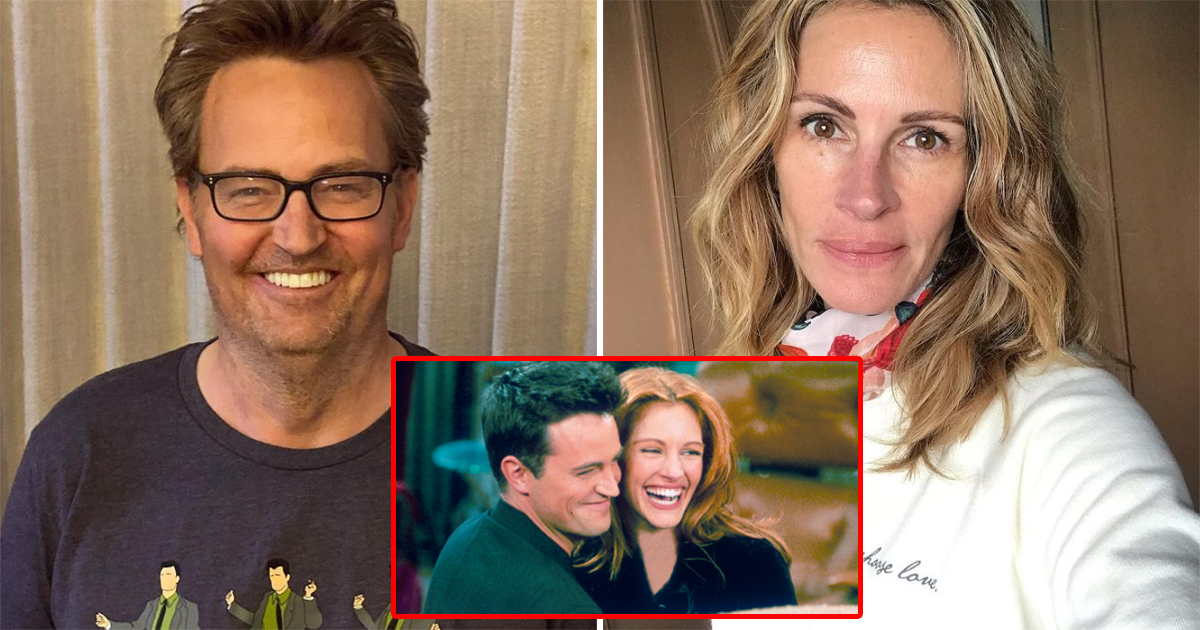 Julia Robert has just finally opened up about the relationship with Matthew Perry. 53-years-old said she and Perry had been dating before she yes to the Friends role.

Executive producer of the timeless classic, Kevin Bright spoke to The Hollywood Reporter, and said: “Matthew asked her to be on the show. She wrote back to him, ‘Write me a paper on quantum physics and I’ll do it.’”

“My understanding is that Matthew went away and wrote a paper and faxed it to her the next day,” he went on to say.

The outlet further dug deep into Matthew Perry—who played Chandler Bing on the show—and Roberts’ rapport on the show.

Staff writer Alexa Junge told The Hollywood Reporter that the two hit it right off after Perry faxed the paper to the Step Mom star.

“They may have met before the episode, but she was interested in him from afar because he’s so charming,” she said.

“There was a lot of flirting over faxing. She was giving him these questionnaires like, ‘Why should I go out with you?’ And everyone in the writers room helped him explain to her why. He could do pretty well without us, but there was no question we were on Team Matthew and trying to make it happen for him,” she added.

Co-writer Jeff Astrof also chimed in saying: “She kept saying, ‘Chandler’s so funny!’ And I’m like, ‘I wrote every one of those lines!’ I don’t know if she fell in love with Matthew on the spot but they soon started dating. I felt like Cyrano [de Bergerac]. Like, ‘Chandler is going to date Julia Roberts and I’m going to go home to my horrible girlfriend.”

Meghan Markle’s Name Edited Out From Son Archie’s Birth Certificate But Not On Her Request?

Britney Spears On The New York Times’ Documentary About Her: “I Was Embarrassed By The Light They Put Me In, I Cried For Two Weeks”