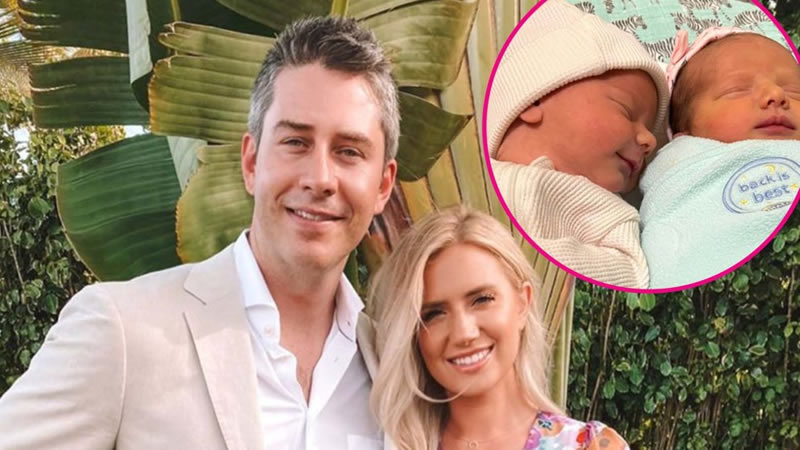 “today is so bittersweet… we get to leave the hospital,” Lauren revealed on her Instagram story. “but little sis has to stay behind for now. i’ve never felt heartbreak like this. pls say prayers for our girl.”

In one clip, the newborn siblings are seen sleeping peacefully beside one another. Another shows Lauren gently stroking her daughter’s hand.

The babies were born on June 11, and joined 2-year-old big sister Alessi.

On Tuesday, former “Bachelor” Arie shared a series of photos of Alessi cuddling and kissing her little brother.

Arie also shared an Instagram tribute to Lauren. In the picture, Lauren looks blissful as she snuggles the newest members of the Luyendyk family.

“Never been prouder of my wife than in this moment,” he captioned the image. “She is the strongest woman I know and I’m lucky to be on this incredible journey with her.”

Lauren did not have an easy delivery, according to Arie who shared updates on social media throughout the day.

“She’s having a hard time this go around with nausea,” Arie revealed. “@laurenluyendyk is one tough woman.”

Arie and Lauren, who met in 2018 on season 19 of “The Bachelor,” experienced a miscarriage after having Alessia. When they announced at the end of 2020 they were expecting twins, Arie captioned the post, “2 little miracles. Love them with all my heart already.”