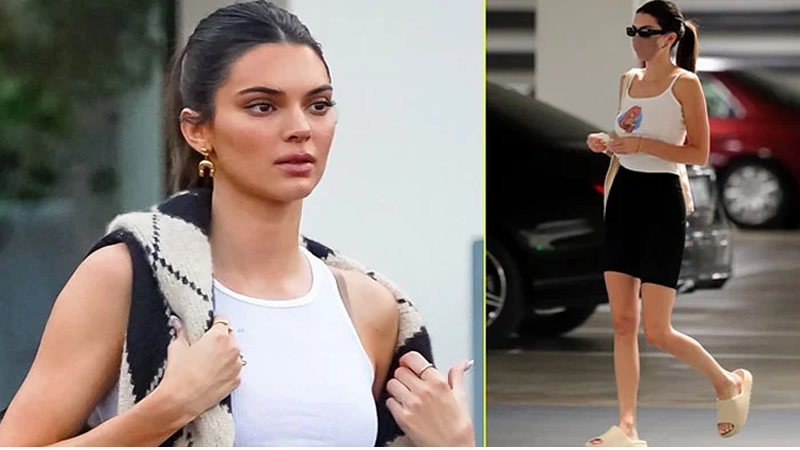 Kendall Jenner cut a very casual figure in a graphic tank top and black shorts as she stepped out for errands in Los Angeles on Sunday.

The supermodel, 24, appeared to be taking it easy while making her way through a parking garage during her low-key solo trip.

She was dressed in a white tank top that placed her sculpted arms on full display during her errand run. She contrasted her shirt with a pair of form-hugging black shorts that clung tightly to her thighs.

Read Also: Why Kendall Jenner’s Boyfriends Never Appeared on Keeping Up with the Kardashians

The reality television figure notably rocked a set of cream-colored Yeezy slides, which were designed by her estranged brother-in-law, Kanye West.

She accessorized with a single bracelet and wore a stylish pair of black sunglasses while keeping a tote bag slung over her right shoulder.

Jenner’s luscious brunette locks remained tied back in a long ponytail for the duration of her outing. Kendall also wore a light brown facial covering to keep herself protected from COVID-19 while she spent time in public. – geo.tv