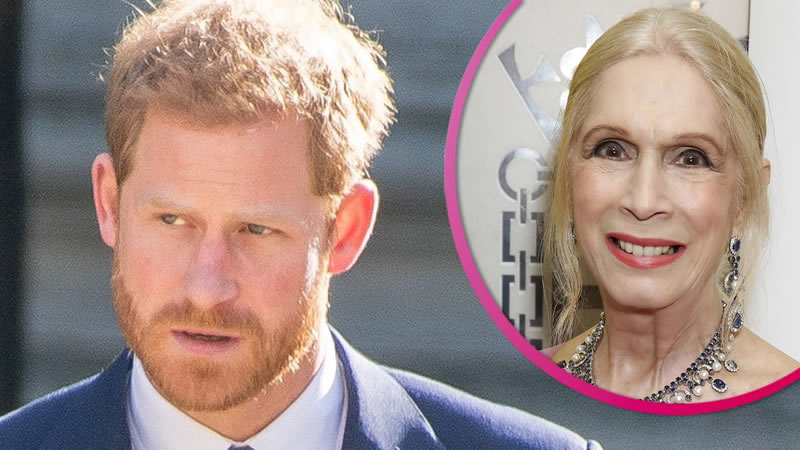 “Harry has everybody bowing and scraping to him”

In latest Prince Harry news, Lady Colin Campbell has said he’s not deserving of “any compassion for being the spare”.

In her latest YouTube video, the writer and socialite criticised the Duke of Sussex as well as his wife Meghan Markle.Lady C, 71, was reading out a comment from a viewer who called Harry a “spare” among the royal family.

What did Lady C say about Prince Harry in latest news?
Lady C said: “Harry has everybody bowing and scraping to him.

“Nobody has everything that they want and the few who do are usually miserable.

“I’m sorry, I do not for one second see that Harry is deserving of any compassion for being the spare.”

What else did Lady C say?
She added: “Being the spare is not worthy of sympathy. Royalty is like a dance troupe.

“Each dancer has to put his or her foot down at a precise time and a precise spot and precise line.

“Failing which the whole ensemble is thrown out. Harry and Meghan didn’t want to be in the dance troupe.

“That my dear is called greed.”

This isn’t the first time Lady C has lashed out at Meghan and Harry on her YouTube channel.

Earlier this month, she said the Duchess of Sussex wants to “save the world” but that will be done through “slapping everybody in the face”.

In a video sharing her thoughts on the couple naming their newborn daughter Lilibet – the Queen‘s family nickname – Lady C said: “[Meghan] wants to save the world. Fight evil.

“One act of compassion at a time. Lots of love. As long as long as she can slap everybody in the face.

“Starting with the Queen. I think it is disturbing. And I think it says an awful lot about Meghan.”

They revealed they chose to honour Her Majesty and the late Princess Diana with the name choice.