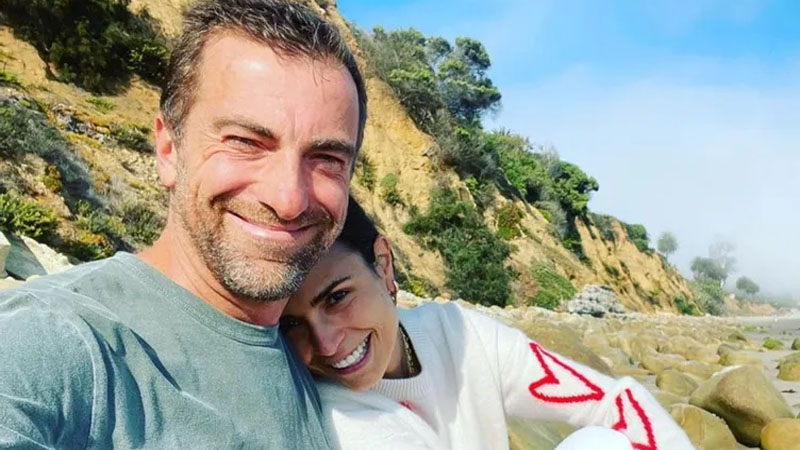 Fast and Furious star Jordana Brewster took to Instagram to share the big news with her fans as she confirmed her engagement to beau Mason Morfit. Sharing a sweet selfie of the duo, Brewster flaunted her sparkly ring in the photo as she wrote, “JB soon to be JBM” along with a red heart emoji. Jordana and Mason have been dating for over a year.

F9 star couldn’t hold back her happiness as she sweetly posed with beau Mason Morfit for a cozy photo as they announced their engagement. The couple had recently sparked engagement rumors after Jordana was spotted wearing a massive rock on her finger during a recent Hollywood outing with her beau.

The engagement post received a lot of love from her fans and friends who left congratulatory messages for the couple in comments. Hilarie Burton shared a sweet message for Brewster’s engagement and wrote, “Oh babe!!!!! Amazing!!! So happy for you!!” Also, hairstylist Marc Mena left a sweet comment to congratulate Jordana as he wrote, “Congratulations my darlings.”

Brewster’s fiance, Morfit is a tech CEO, whom she first met four years before she announced her separation from Andrew Form whom she was married for over 13 years. Jordana also shares two sons from her previous marriage, Rowan, 5, and Julian, 8.

The actress had revealed in an interview with Glamour, earlier this year that Morfit and her met again after she filed for divorce from her former husband. Brewster and Morfit reportedly began dating in July 2020.