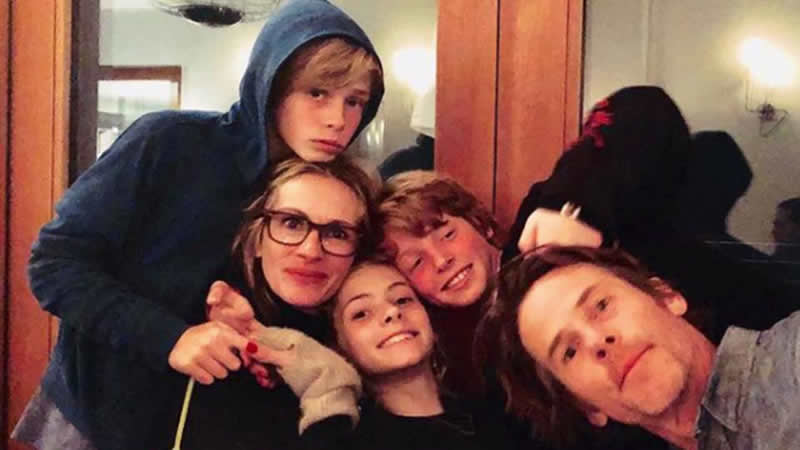 Julia Roberts and Danny Moder’s son Henry turned 14 years old last week, and the cinematographer celebrated by posting a video of the teen skateboarding to Instagram.

Kids, they grow up so fast—you take your eyes off them for just a few years and suddenly they’re teens.

“Turning 14…. turning in the air…summers turn,” he wrote alongside a clip of Henry skateboarding on June 18. “Ya Henry.”

Roberts and Moder, who celebrated 18 years of marriage last July, are also parents to twins Hazel and Phinnaeus, 16. And while they may be an Oscar-winning actress and Emmy-nominated cinematographer to the rest of the world, at home, they’re Mom and Dad: They make breakfast, drive their kids to school and provide the orange slices for soccer games.

“I don’t think they will ever have a true sense of that,” Roberts told Oprah Winfrey in a 2018 Harper’s Bazaar profile after the media mogul asked if her kids had realized she’s one of the world’s biggest stars.

“I think I told you once when they were starting to figure it out, it was like, ‘You’re famous?’ And I said, ‘I think a lot of people might have seen the movie that I’m in or might know who I am.’ Maybe an hour goes by. ‘Are you more famous than Taylor Swift?'”

Roberts hopes to one day have a little fun with her, uh, reputation as America’s sweetheart.

“I can’t wait for [my daughter] to see My Best Friend’s Wedding,” she told Michael Strahan on Good Morning America in 2017. “I mean that’ll be sweet, you know? And I think they’ll be pleased with how I spent my 20s and 30s.”

What was Princess Diana’s last day