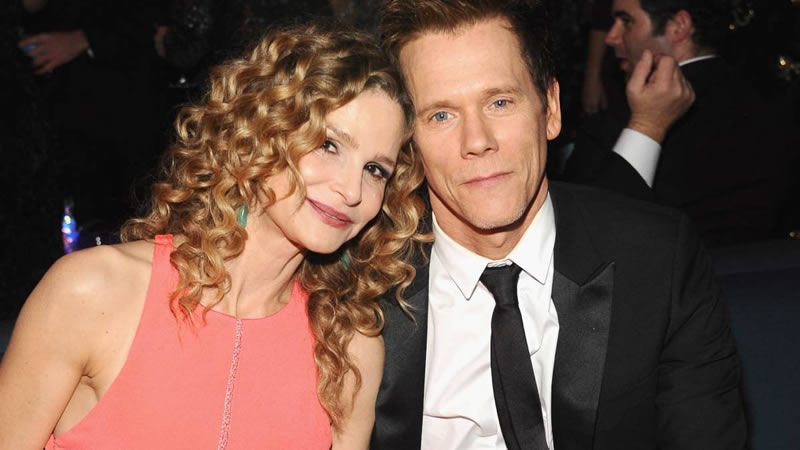 Kevin Bacon has been enjoying time at the Connecticut farm he shares with his wife Kyra Sedgwick and gave fans another glimpse at the sprawling property on Tuesday.

The City on a Hill star took to Instagram to post a short clip of himself playing the guitar in homage to one of his favourite musicians and picked a picturesque spot for his performance.

With a view spanning as far as the eye can see, Kevin stood near two of his beloved farm animals, his horse Lucy and her new foal Ricky.

Captioning the clip, Kevin wrote: “We Belong. Heard one of my fav’s by @benatargiraldo on the #MareOfEasttown finale and had to sing it to the goats. But they were otherwise engaged. #HorseSongs? Hope you are spending #MemorialDay weekend with those you love.”

As Kevin played the song, it appeared his animals were enjoying the tune, especially little Ricky who gradually made his way closer to Kevin and gazed up at him before being rewarded with a sweet rub.

The Footloose star’s fans loved the video, with one commenting: “The little guy likes the music how adorable!” A second said: “OMG the little one is so cute!” A third added: “This video is everything. Great tune and so much love. Thank you Mr Bacon!”

The couple also own goats and alpacas on the farm. In fact, two of the goats – Macon and Louie – were a wedding anniversary gift from Kevin to Kyra, which he claimed she “loved”.

The farm features several barns where they look after their animals, and Kevin drives a red jeep to cover the grounds. The actor regularly shares videos with his pet goats on the property too, in a fun feature on his TikTok called Goat Songs.

Kyra and Kevin have been splitting their time between their various properties, including in LA and New York, but appear to have primarily been staying at their farm in recent months.