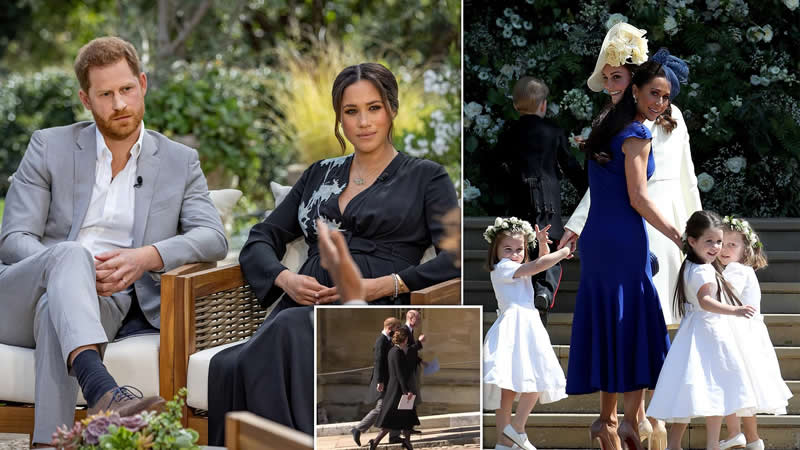 The Duchess was the first member of the family who was seen chatting to Harry at Prince Philip’s funeral.

Kate Middleton was reportedly not “overawed by drama” caused by her brother-in-law Prince Harry and sister-in-law Meghan Markle with their tell-all interview with Oprah Winfrey in March.

Even though there were things said about her as well, including that she made Meghan cry ahead of her wedding to Harry in May 2018, the Duchess of Cambridge decided to rise above it in order to broker some peace.

Royal expert Camilla Tominey commended the Duchess for her response to the allegations made by the Duke and the Duchess of Sussex against her and the British royal family, noting that she was the first member of the family who was seen chatting to Harry at Prince Philip’s funeral.

In the videos from the funeral, Kate was seen dropping behind after her conversation with her brother-in-law, allowing him to have a chat with his elder brother Prince William.

Tominey wrote for The Telegraph’s Stella magazine: “Despite the Duke and Duchess of Sussex’s Oprah Winfrey interview, when Kate was accused of making Meghan cry during a bridesmaid’ s dress fitting and failing to support her, Kate rose decidedly above it all.”

“Setting aside any personal resentment she may still feel about Harry and Meghan’s televised two-hour tell-all, Kate put her best foot forward in trying to carve a path to reconciliation between the brothers,” the royal expert added.

Tominey claimed that people wouldn’t have blamed Kate if she decided to give Harry “the cold shoulder,” but still she decided to move over her personal grievances and “resolved that the situation needed to be appeased rather than aggravated.”

Royal biographer Christopher Wilson also applauded Kate for acting as a peacemaker at the funeral, and said her decision to initiate that conversation was a spontaneous judgement instead of a planned event.

“I didn’t see that as being a staged thing. I thought it was entirely spontaneous and clever in making the two brothers talk to each other. It was a deft move that shows the Duchess is not overawed by all that’s going on,” he told the outlet.