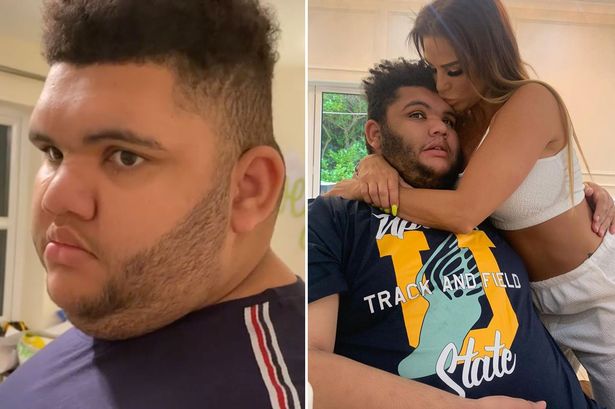 Katie Price has made the heartbreaking decision to put disabled son Harvey into care.

The 18-year-old will live in a residential college in a bid to teach him how to live a more independent life and learn new skills.

The mum-of-five has raised Harvey mostly as a single mother.

Admitting to think about breaking their incredible bond, she said the move gives him the best chance to create an independent life.

But she also feared he could be sectioned if he had an outburst in public.

She said if Harvey is not accepted, and should have an outburst, the local authority could deem him a risk to himself or others and have him sectioned under the Mental Health Act.

Katie told The Sun: “You hear about people with autism being arrested and when they’re restrained they go mad and get sectioned.

“That’s why I want to find the right college for him so if there’s ever a case where he kicks off, I’m involved.

“I met a lady recently who has a son very similar to Harvey with autism. He was sectioned and it took her years to get him out.

“100 per cent that will never happen to my Harv.

The pair hope he can start at their top choice later this year.

Katie said: “It’s so upsetting to think I won’t see him every day but this is the best thing for Harvey and we have to think positively because I don’t want him to think I’m just getting rid of him.

“This is his chance to live an independent life, learn skills and socialise with people other than me.

“I’m trying to get him used to me not being there all the time. But he’ll call on his iPad and say, ‘Mum, I need you’, and I run to him.

“When he’s three hours away it will break my heart because I won’t be able to get there as I’ve got to juggle him with my other kids.”

Harvey’s autism means loud noises and slamming doors can cause him to lash out unpredictably, smashing windows or headbutting walls.

He also shows characteristics of Prader-Willi Syndrome and struggles with his weight, and has a disorder which makes him partially blind.

But college would allow him to live more independently while being supported by trained staff and have his own bedroom, kitchen and bathroom.

Harvey was born in 2002, and his father footballer Dwight Yorke denied being the dad until tests proved otherwise

He has not seen Harvey since he was four.

In an interview in 2009 with Kay Burley, Dwight claimed his absence was due to “a combination of different things, my time schedule and being based up in Manchester”.

Today, Kate says the door is always open for Dwight to get in touch and she would like the teen to get to know his stepbrother, Dwight’s son.