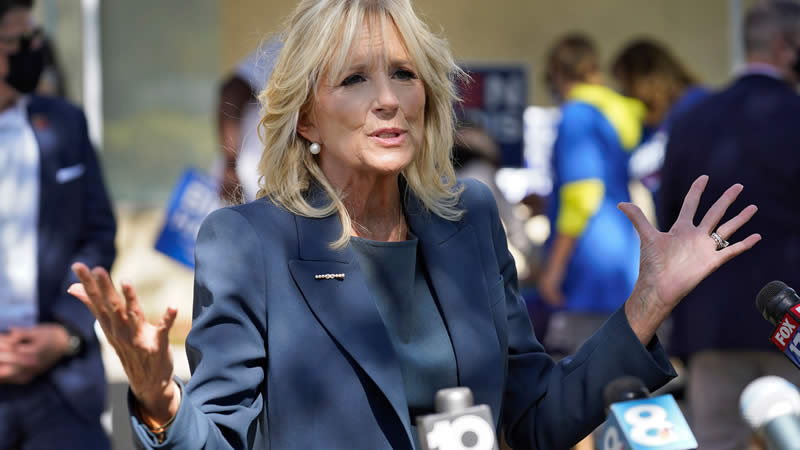 Incoming first lady Jill Biden continues to round out her East Wing staff, announcing Thursday key hires in both her press office as well as a new executive director of her Joining Forces initiative.

Biden has tapped Rory Brosius to lead the re-launch of Joining Forces, which provides assistance to service members and their families and veterans. The announcement signals the return of the military support platform Biden co-founded as second lady with Michelle Obama, and indicates Biden intends to put focus on the military and military families. Brosius currently serves as the military families lead on the Biden-Harris Transition Team, and she was deputy director of Joining Forces under Obama.

In a statement, Biden noted the “varied and diverse backgrounds” of the incoming staff, saying, “These dedicated and accomplished public servants bring a shared commitment to building an administration that lifts up all Americans.”

Biden also adds to the White House social office, bringing on Liz Hart, who will serve as deputy White House social secretary. Hart will work under incoming social secretary Carlos Elizondo, whose role was announced by the Biden team in November. Hart was part of the virtual 2020 Democratic National Convention team, acting as a coordinating producer before transitioning to executive producer of Vice President-elect Kamala Harris’ virtual event studios on the Biden-Harris campaign and transition.

Other staff announcements include Gina Lee, currently deputy director of of Jill Biden’s inauguration committee office. Lee will transition to director of scheduling and advance in the first lady’s office. Jordan Montoya will fill the role of director of advance and trip director, a position she held in addition to senior aide for Dr. Biden on the Biden-Harris campaign.

Garima Verma will serve as digital director on the incoming first lady’s team, a job that did not exist under Melania Trump. Verma was a digital strategist on the campaign, focused on audience development and content strategy. Biden also adds deputy policy director Vanessa Lion, who was previously briefings director for both the campaign and the transition.

Biden touted her desire to expand the scope of the first lady’s initiatives.

“We will work to open the White House in new, inclusive and innovative ways, reflecting more fully the distinct beauty of all our communities, cultures and traditions,” Biden said.