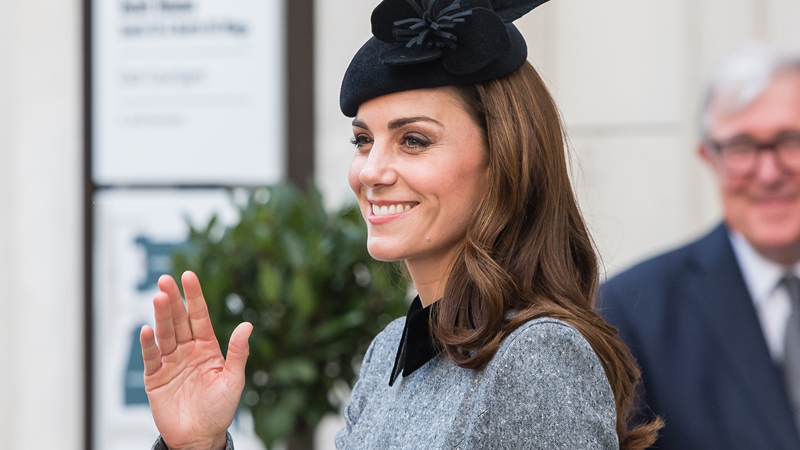 The Duchess of Cambridge shared a special message as the royal patron for Nursing Now, wearing a gorgeous white Alexander McQueen dress.

Kate Middleton, 39, looked stylish yet professional as she sat down to record a video to mark the end of her three-year-long Nursing Now campaign.

The Duchess of Cambridge looked stunning in a crisp white Alexander McQueen dress, which she was previously seen wearing in Warsaw in 2017. She paired the dress with a $12,700 diamond necklace.

Middleton looked put together in her designer outfit and jewelry as she continually praised the work of the health care workers, especially nurses, in the YouTube video. She said:

“It has been the hardest of years and my heartfelt thanks to you and your colleagues around the world for the incredible work you do every day.”

Only the top half of the royal’s peplum dress could be seen in the video, but the outfit remained stellar as her necklace and Mappin & Webb ‘Empress’ earrings gave her a sophisticated look.

Beyond expressing her thanks for the nurses, Middleton also acknowledged that when Nursing Now was kickstarted in 2018, nobody realized how many healthcare workers would be needed and tested in the upcoming years.

It is speculated that the valuable diamond around the royal’s neck may have been a gift from Prince William.

The Duchess of Cambridge launched the campaign in Guy’s and St Thomas’ Hospital and has been involved in various interviews and projects throughout the last month to signify the end of Nursing Now.

Middleton’s respect and acknowledgment of healthcare workers stretch further than her work with Nursing Now. Last year, she was joined by various other royal family members when making videos in celebration of International Nurses Day.

Middleton and Sophie, Countess of Wessex, were also on video calls with nurses worldwide. The royals conversed with the nurses, sharing their gratitude and admiration for the work they do. Referring to the pandemic, Middleton said:

“It’s just shown how vital the role that nurses play across the world. You should be so proud of the work that you do.”

Kim Kardashian Flunked The Baby Bar… But Not giving up