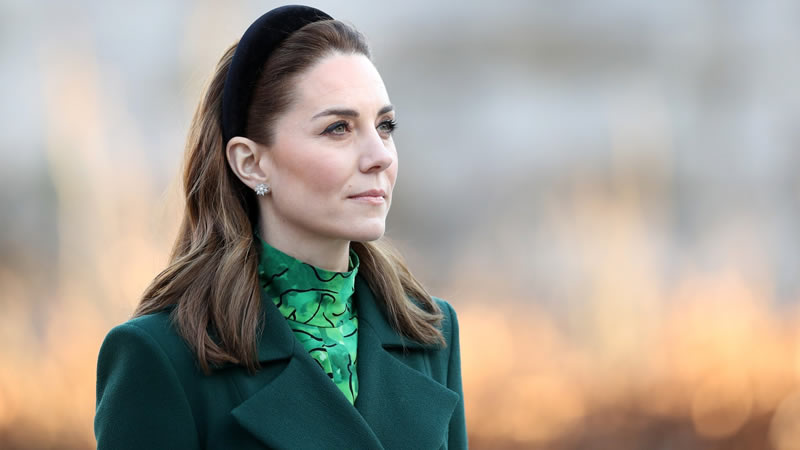 The world calls him Charles, Prince of Wales, but to Kate Middleton, her father-in-law goes by a different and much more adorable nickname.

“Hello, Grandpa! How are you?” Kate Middleton said to Prince Charles while greeting him at a G7 reception at the Eden Project in Cornwall on Friday (June 11), according to CornwallLive’s lip reader.

Prince Charles, 72, joined Queen Elizabeth II, 95, at the event and turned to see Kate, 39, and Prince William, 38, arrive. When Charles stopped to smile at his son, that’s when Kate greeted “grandpa” with a smile.

There was also a brief interaction between the Queen and Camilla, Duchess of Cornwall over a shawl, in which the queen refused to put one on.

Prince Charles has been a “grandpa” since William and Kate welcomed Prince George in July 2013. They’re also proud parents of Princess Charlotte (born May 2015) and Prince Louis, who arrived in April 2018.

Prince Charles beamed about his newest grandchild while touring a MINI UK factory on June 8. The British royal was on hand to discuss electric vehicles in terms of reducing carbon emissions and stem global warming.

“The development of technology like electric vehicles … is vital for maintaining the health of our world for future generations, something I am only too aware of today, having recently become a grandfather for the fifth time,” he said.

“Such happy news really does remind one of the necessity of continued innovation in this area — especially around sustainable battery technology — in view of the legacy we bequeath to our grandchildren.”

“I wish her all the very best,” said Kate during a June 11 press conference, the first time she’d publicly spoken about the new addition to the family. “I can’t wait to meet her. We haven’t met her yet. I hope that will be soon.” When asked if she had FaceTimed with Meghan and the newborn Lilibet, Kate had said no.

These comments indicate that the reported rift between the British royal family might be healing. There has been tension between Harry and his brother and father since he and Meghan chose to step down from their royal duties at the start of 2020.

Meghan and Harry’s tell-all interview with Oprah didn’t help matters, but this new baby might help repair some of the damage.