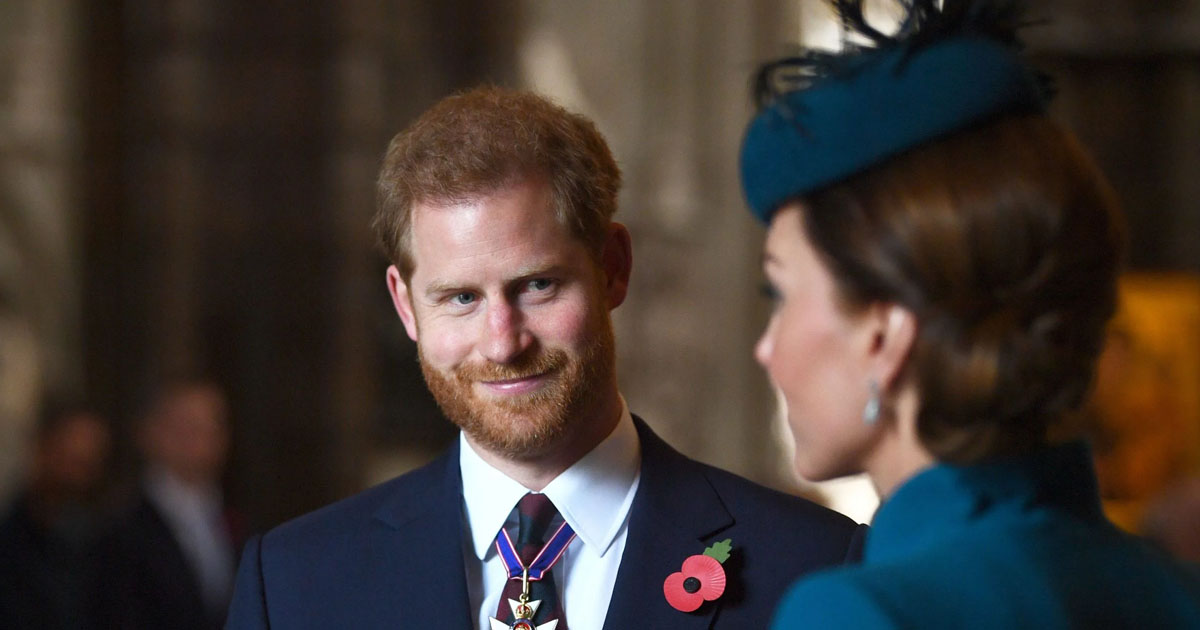 Guests included valued staff, close friends and royal family members, with Prince Harry flying over to the UK to attend the service.

This was the first time that Prince Harry has come face-to-face with Prince William and Kate Middleton since their reported fallout and the Duke and Duchess of Sussex’s tell-all Oprah interview where Harry explained that they ‘were on different paths’.

Following the service, the two brothers shared a heartfelt moment as they made a point of walking together from St. George’s Chapel to Windsor Castle, reportedly to the Duke of Edinburgh’s private wake.

In video footage, Prince Harry can be seen talking to Prince William and Kate Middleton before the Duchess of Cambridge went off to speak to Zara Tindall, leaving the two brothers to walk together alone.

While some of the tension appears to have been lifted, rumours of the fallout continue, something that according to recent reports has left Kate Middleton ‘heartbroken’.

Royal expert Katie Nicholl opened up to Entertainment Tonight about the relationship and its effect on the Duchess of Cambridge in particular.

‘I was very close to the brothers and able to observe, they were very tense as they walked into that chapel,’ Katie Nicholl explained. ‘As they came out of it you could see some of that tension diffuse.’

Going on to talk about Kate Middleton, Nicholl continued: ‘She loved Harry. He said she is the sister that he never had. She has been heartbroken to see them fall out.

‘I certainly think she has played quite an important role in getting the brothers to the point where they were able to engage in a conversation, of course in front of the world’s press.’

Our thoughts are with the royal family at this tragic time.

Is the Queen at Royal Ascot today? Charles, Camilla and Anne attend on day two