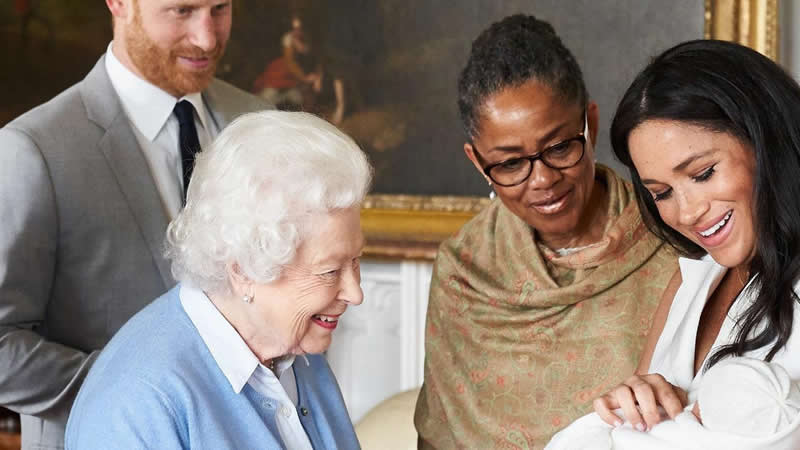 Lilibet “Lili” Diana Mountbatten-Windsor is already meeting her royal relatives from across the pond! According to People, Meghan Markle and Prince Harry‘s newborn daughter has met her namesake, Queen Elizabeth.

The royal baby was reportedly introduced to her great-grandmother the Queen, 95, via a video call.

The Duke and Duchess of Sussex named their daughter after Prince Harry’s grandmother, whose family nickname is Lilibet. Meanwhile, the royal baby’s middle name is a tribute to her late paternal grandmother, Princess Diana.

A source told PEOPLE that Meghan and Harry “were very excited and couldn’t wait to share that their daughter arrived” after they returned home from the hospital.

The magazine confirmed that the California-based couple informed Her Majesty of Lili’s arrival prior to publicly announcing the news on Sunday.

Also Read: Meghan Markle to Release Her First Book: Is She About to Trash the Queen?

Archie Harrison‘s little sister was born on Friday, June 4, at the Santa Barbara Cottage Hospital in Santa Barbara, CA. “On June 4th, we were blessed with the arrival of our daughter, Lili.

She is more than we could have ever imagined, and we remain grateful for the love and prayers we’ve felt from across the globe,” Meghan and Harry said in a previous statement. “Thank you for your continued kindness and support during this very special time for our family.”

The Queen, Prince Charles and the Cambridges were said to be “delighted” by the birth of Lili. Following the announcement that Meghan and Harry had welcomed their second child, the royal family’s official Twitter account tweeted: “Congratulations to The Duke and Duchess of Sussex on the birth of Lilibet Diana! The Queen, The Prince of Wales and The Duchess of Cornwall and The Duke and Duchess of Cambridge are delighted with the news. Lilibet is Her Majesty’s 11th great-grandchild.”

Beyoncé shows off her 3 children in a new commercial