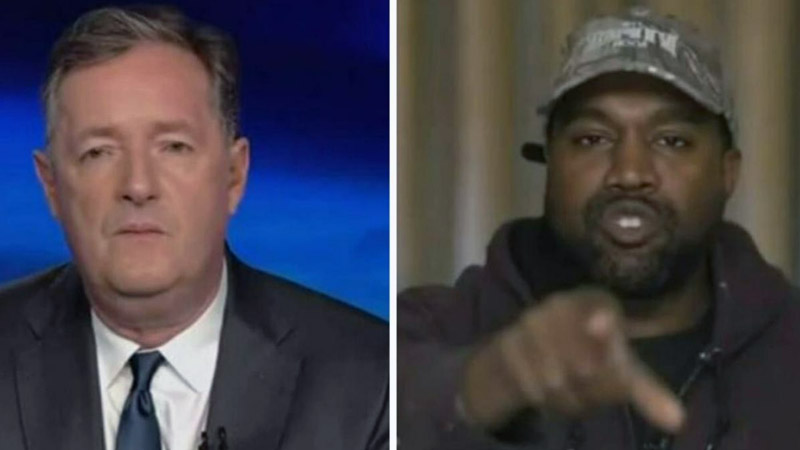 Kanye West not only made anti-Semitic threats knowingly, but he is “absolutely not” sorry for them. During a two-hour special for an upcoming episode of Piers Morgan’s show, the controversial rapper discussed his recent barrage of derogatory comments about Jews with Morgan.

In a preview clip released Wednesday, the British broadcaster, 57, asked West, 45, if he regretted tweeting “death con 3 On JEWISH PEOPLE.” “Are you sorry you said it?” Morgan asked, to which West replied, “No. Absolutely not.”

“You should be,” Morgan scolded his guest, prompting both men to repeat themselves several times. West did not object after the media personality told him that his anti-Semitic remarks were “as racist as anything you say you’ve been through and any pain you’ve experienced.”

“It’s the same thing. Racism is racism. And you know that I think, don’t you?” Morgan asked, prompting the Grammy winner to lift his head up and reply smugly, “Yeah, that’s why I said it.”

Morgan continued to press Ye, asking the fashion designer, “So you said it knowing it’s racist?” West clapped back, telling him, “Yes. I fought fire with fire. I’m not here to get hosed down. That’s a different type of freedom fighter.”

Later in the interview, the “Donda” creator appeared to change his tune and apologized in part. “You know, I will say I’m sorry for the people that I hurt with the DEFCON [comment] — the confusion that I caused. I feel like I caused hurt and confusion,” he said.

“And I’m sorry for the families of the people that had nothing to do with the trauma that I had been through.” West then invoked the old saying that “hurt people hurt people,” explaining to Morgan, “I was hurt.”

“I wanna say that it’s wrong to hold an apology hostage, and I gotta let go of that and free myself of the trauma and say, ‘Look, I’m just gonna give it all up to God right now,’ and say to those families that I hurt, you know, ‘I really wanna give you guys a big hug … I’m sorry for hurting you with my comments,’” he went on.

“I wanna word it is not a political way, but in a presidential way.” West has since been suspended from Twitter and Instagram.

Lizzo Breaks Down in Emotional TikTok, Says She Feels Like a ‘Burden On Everyone’