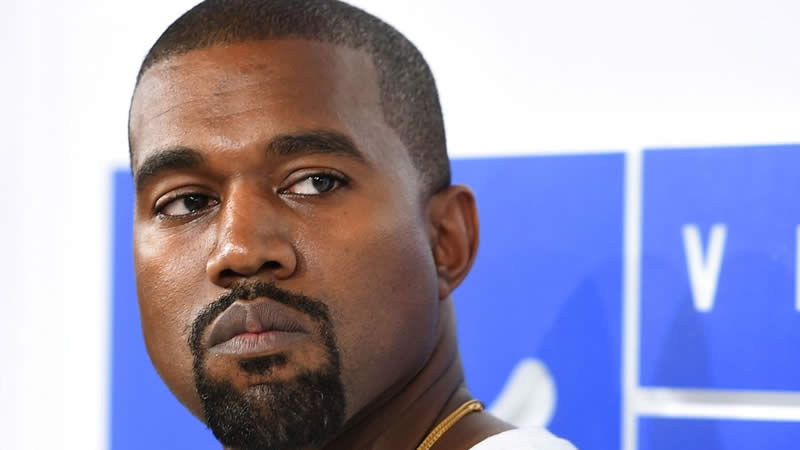 Kanye West has been suspended from posting to Instagram for the next 24 hours Joe Osborne, a Meta spokesperson, confirmed to Deadline tonight. The action comes after a series of posts aimed at ex-Kim Kardashian, her boyfriend Pete Davidson, comedian D.L. Hughley and, most recently, Daily Show host Trevor Noah.

Noah addressed the situation on his show Tuesday night with a take that was short on gossip and long on empathy, understanding, and hope for healing.

In a since-removed post, West today shared the lyrics to a well-known song about hope and togetherness but replaced one word with a like-sounding racial slur seemingly at Noah for his Daily Show bit. West has 15 million followers.

Osborne indicated that Instagram deleted had deleted one of West’s posts — ostensibly the above-mentioned one — and indicated the hop-hop superstar violated the platform’s hate speech, bullying, and harassment policies.

In addition, he is prohibited from post posting further, sending or receiving DMs, or commenting for 24 hours. The platform said will take further action if it becomes aware of further violations, Osborne said.

Noah, for his part, seemed to be taking pains to give everyone the benefit of the doubt in his Daily Show bit last night, a courtesy West did not apparently return.

“What’s weird about the situation is Kanye West has told us that he struggles with his mental health,” said Noah on the show. “So I get it, you wanna have art as therapy. But here’s what’s weird that Kanye doesn’t understand: It’s like, what we’re seeing is — it makes you uncomfortable.”

I think Kanye doesn’t seem to understand that. He goes, ‘Leave me to create my art.’ Yeah but Kanye, you told us you have problems. Now when we worry about that, you say we shouldn’t worry because it’s not [his] problem. Or it is [his] problems? Which is it?

“It puts society in a precarious condition, because of his harassment of Kim.

“You may not feel sorry for Kim,” Noah said to viewers, “but what she’s going through is terrifying to watch and it shines a spotlight on what so many women have to go through to leave.

DL Hughley Fires Back After Kanye West Threatens To “Hurt” Him