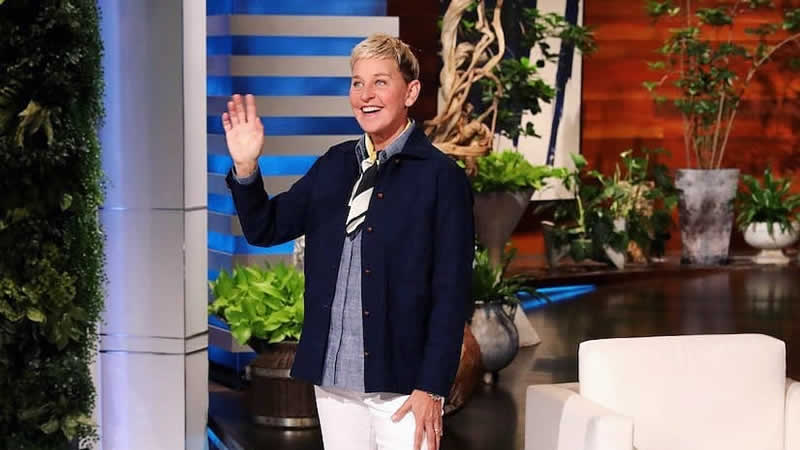 We’ve known for a while now that Ellen DeGeneres would be bringing her popular and polarizing talk show to an end with Season 19, with the announcement following a tumultuous stretch for the long-running daytime staple. Next to nothing was announced about the final season after that initial reveal, but now fans can check out a list of A-list celebs who are already confirmed to appear for the first week of episodes, with Jennifer Aniston being in that lineup. And that’s not the only big change happening, at least compared to the most recent season.

To kick things off for Season 19, Ellen DeGeneres will be welcoming back Jennifer Aniston, fresh off HBO Max’s Emmy-nominated special Friends: The Reunion, with her starring role in Apple TV+’s The Morning Show Season 2 on the way. Making Aniston’s appearance all the more special for this final season is the fact that she was the very first guest when The Ellen DeGeneres Show premiered back in 2003, the year Friends‘ final season debuted. Expect for the conversation to touch upon those David Schwimmer rumors, and maybe even Aniston’s doppelgänger.

Obviously, Jennifer Aniston can’t fill out an entire week’s worth of episodes by her lonesome, so it’s a good thing Ellen DeGeneres also locked down the ever-popular Kim Kardashian, who has made headlines recently for her indirect and very direct involvement in promoting husband Kanye West’s new album Donda.

According to Deadline, that first week of Ellen DeGeneres Show guests will also include fellow talk show host Jimmy Kimmel, who has been on summer vacation from his ABC series for a while now; comedian and actress Tiffany Haddish, who shifted genres just a tad with Paul Schrader’s The Card Counter; and the band Imagine Dragons, whose fifth studio album The Mercury: Act I will be released on September 3.

Other guests lined up for Ellen DeGeneres’ final talk show season include Nine Perfect Strangers star Melissa McCarthy, rapper and entrepreneur Sean “Puffy” Combs, recent Lisey’s Story star Julianne Moore, and musician Melissa Ethridge. Those are the only guests that were revealed so far, but you can be sure lots of other big celebs will be announced over time.

Beyond all the big names already announced, The Ellen DeGeneres Show‘s final season will mark the return of a full in-person studio audience, with all attendees being checked for vaccinations. Prior to now, the show utilized screens as stand-ins for its crowd, and there’s no mystery that people were eager to return to the studio for her final year. It’s reported that somewhere around 155,000 requests came in from fans requesting to be in those seats for the final season.

Fans can expect to see a lot of looking-back moments during Season 19, as Ellen DeGeneres will follow up on having Jennifer Aniston back by returning for updates on lots of non-celebrity stories that she’s covered over the past two decades. I’m sure there will be lots of reminiscing about how many times she’s scared all the celebrities, too, so expect a supercut of at least that, if not more.

Ellen DeGeneres and her talk show both faced a variety of accusations and allegations since early 2020, from biased workplace conduct accusations to sexual harassment claims and other troublesome reports. Producers were fired, and the show has gone through more changes behind the scenes to account for the details behind some of those claims. One can only hope this final season plays out without incident.

The Ellen DeGeneres Show‘s final season will begin on Monday, September 13, so don’t forget to tune into that while staying up to date with all the shows hitting the 2021 Fall TV season.