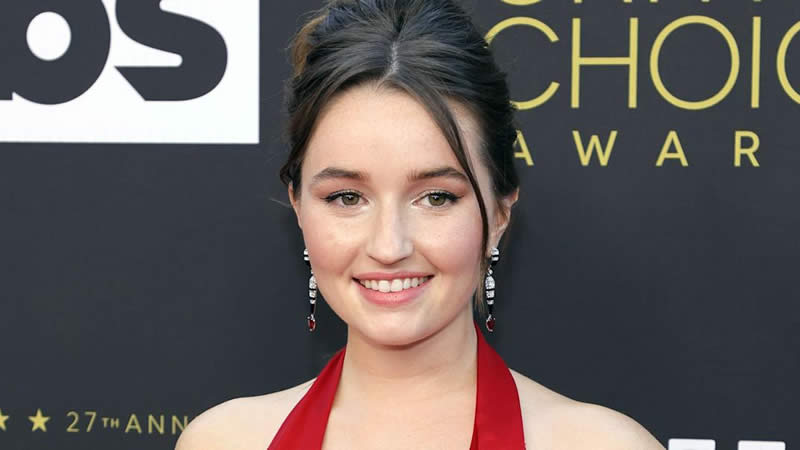 Sound the alarms because the dress that Dopesick actress Kaitlyn Dever just donned at the 2022 Critics Choice Awards is red hot, and it deserves ALL the commotion.

You may remember the 25-year-old actress from hit movies and TV shows like Booksmart, Last Man Standing, Dear Evan Hansen, and of course, Dopesick, which is the Hulu series that earned her a nomination for Best Supporting Actress in a Limited Series or Movie Made for Television. Whew, that’s a mouthful!

Even though the Critics Choice Award that Kaitlyn was nominated for went to Jennifer Coolidge for her role in the HBO series The White Lotus, the young talent won Best Dressed in our book. Just take a look for yourself.

Kaitlyn rocked daring silk, a red dress designed by Miu Miu. Its plunging neckline and wide open back brought the drama (in the best way possible). The actress paired the bold dress with Cartier diamonds for some extra glam. She posted her look before hitting the red carpet on Instagram and fans went wild.

“You are perfection 😍😍😍,” “Always so good 👏,” and “goddddddessss 🔥” were just a few of the messages fellow actors left on Kaitlyn’s post. Even Hulu left a comment saying, “simply stunning.”

Following the award show, the rising star isn’t showing any signs of slowing down. She recently shared a sneak peek into an upcoming and highly anticipated role in Rosaline coming to Hulu later this year.

Rosaline takes a modern spin on the classic Romeo and Juliet tale. The twist? We watch the star-crossed lovers’ story through the eyes of Juliet’s cousin, Rosaline played by Kaitlyn. Oh, and she also happens to be Romeo’s ex.

We can’t wait to see what else Kaitlyn has up her sleeve!

The Rock, Caitlyn Jenner mocked for thinking they can run for Presidential