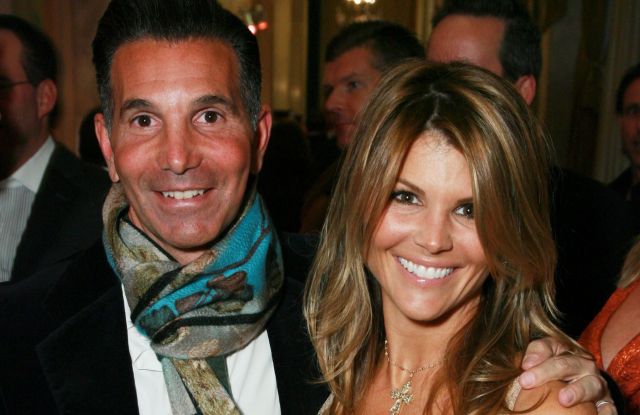 Lori Loughlin previously sparked rumors that she’s divorcing her husband, Mossimo Giannulli amid the college admission scandal that they were involved in. Months ago, OK! magazine claimed that Lori Loughlin and Giannulli are leading separate lives.

A source claimed that even before the college admission scandal, Loughlin and Giannulli were already at odds with each other. The insider also claimed to know private details about the couple’s relationship. They said that in front of the cameras, the couple shows that they are united. But behind closed doors, they act more like business partners than a married couple.

However, Gossip Cop quickly debunked the tabloid’s claims by pointing out that Loughlin and Giannulli have been married for 23 years. If they had plans to divorce, more reputable sources would’ve also reported on it. And just recently, the couple purchased a $9.5 million mansion in Hidden Hills, California.

So, if they had plans to split, they wouldn’t have purchased another property together. After pleading guilty to fraud and bribery-related offenses, Loughlin was sentenced to two months in prison. Giannulli, on the other hand, was sentenced to five months in jail. And just recently, their daughter, Olivia Jade broke her silence regarding the scandal during her interview in Red Table Talk.

Earlier this month, Olivia Jade apologized for what she and her parents did. She also said that there’s no excuse for what happened. “I was sitting with a group of friends, and I knew any second everybody was going to know too if they didn’t already. And I remember just, like, freezing and feeling so ashamed. I went home and hid for probably, like, three or four months,” she said.

Olivia Jade also said that after the scandal made headlines, she never returned to the university. “I was too embarrassed. And you know what, I shouldn’t have been there in the first place, clearly, so there was no point in me trying to go back,” she said. Lori Loughlin already served her time in federal prison and she released after 11 days.

Coronavirus symptoms: How to tell the difference between Covid-19, common cold and flu