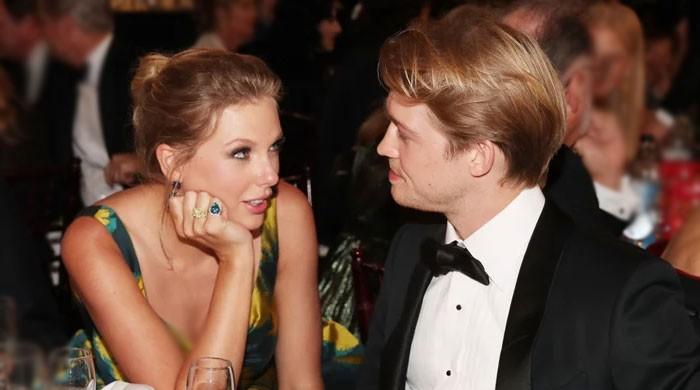 American singer Taylor Swift has opened up about her relationship with Joe Alwyn as well as the early days of her quarantine.

During a chat with Entertainment Tonight, the singer revealed how her surprise album folklore was something only a handful of people knew about prior to its release.

“The only people who knew were the people that I was making it with, my boyfriend, my family, and then my management team. So that’s the smallest number of people I’ve ever had know about something. I’m usually playing it for everyone that I’m friends with. So I had a lot of friends texting me things like, ‘Why didn’t you say on our everyday Facetimes you were making a record?'” she said.

Regarding her song Betty and how she got the inspiration to write from a male perspective, Swift said Alwyn had inspired her by singing part of the track to her.

She went on to describe her quarantine routine and how she spent that period indoors.

“I wasn’t expecting to make an album. Early on in quarantine, I started watching lots of films. We would watch a different movie every night. I’m ashamed to say I hadn’t seen Pan’s Labyrinth before. One night I’d watch that, then I’d watch L.A. Confidential, then we’d watch Rear Window, then we’d watch Jane Eyre,” she said.

“I feel like consuming other people’s art and storytelling sort of opened this portal in my imagination and made me feel like, ‘Well, why have I never done this before? Why have I never created characters and intersecting storylines? And why haven’t I ever sort of freed myself up to do that from a narrative standpoint?’”

“There is something a little heavy about knowing when you put out an album, people are going to take it so literally that everything you say could be clickbait,” she continued.

“It was really, really freeing to be able to just be inspired by worlds created by the films you watch or books you’ve read or places you’ve dreamed of or people that you’ve wondered about, not just being inspired by your own experience,” she added.

4 Simple Ways to Take Control of Your Coronavirus Budget